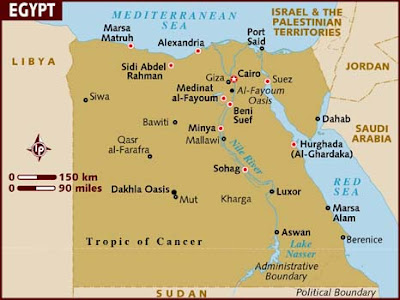 My mum called me one afternoon in December. I would be leaving for Thailand in a few days. After my trip, I'd have to teach an English Camp for 3 weeks. Then, I had another week vacation. I was trying to decide where to go to during the time off. If you know me, I can't let any free time go to waste. I still attribute this to my friend Brian who told me that "You can always make money again, but you can't get time back." He's inspired me to travel and because I've adopted this attitude, I've seen and done quite a bit during the time I've been here in Korea - many of which, I've done alone.

Jokingly, my mum says, "So where are we meeting?".  In February 2008, during the same time period, we met in London for a week. Last year I met my aunt in the Philippines. I suggested my mum come over to Asia, but it's a bit far for her to travel for only a few days.

Europe? Time period would be too short.  What would be the center meeting point for us?

Without thinking, I just said, "Egypt". 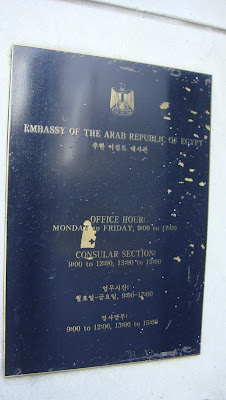 In two days, I already had information on obtaining a visa and had quotes on airfares.

Getting an Egyptian visa was easy and everything was a done deal within 2 hours. I love it when things go smoothly!

With my mum in South Africa, we planned our trip. We'd meet in Cairo and tour for a week. Dates were set, tickets were booked and we were ready to go.

Hi Sheetal!
I was following your good times in Egypt through Twitter...and they have whetted my appetite for traveling too!
What a great comment from your friend Brian-I'm definitely keeping that!
I wish you many more trips in the future.
Thank you for an interesting post!(And there will be more, from what I see!)
Kindest regards,
Vicky

Hi Vicky!
You are SO sweet, thank you very much :-) I sure hope you will get to travel soon as well...have a lovely day further.
xo, Sheetal