Your words...not even cold
And here I am, being brave & bold.
Tests & games are a waste of time
In my heart, you're already mine.
at September 30, 2012 No comments: 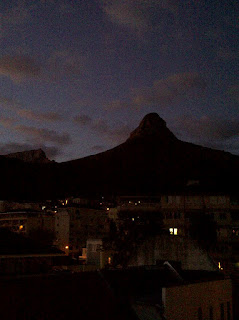 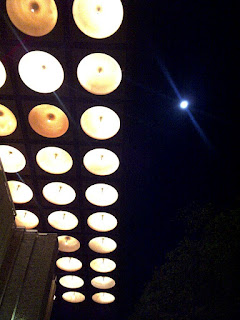 Walking out of the Baxter after the opera, Cosi Fan Tutti on Thursday evening, I looked up...and saw this :)
at September 03, 2012 No comments:

The past week has been like a roller coaster. I had a situation on Tuesday when a new student joined my Pre-Intermediate class. Not only was he unhappy that the majority of students in the class were of his nationality, but they were also very young!

After a chat with my director, we both acknowledged the fact that having 7 out of 12 students of the same nationality poses a big problem. As a teacher, my main concern is that students speak their native language in the English classroom...which frustrates other learner's too. Also, students are here for a purpose - to learn English, so if they find themselves with others of the same nationality, it's only natural for them to revert to their own language.

So how are we to deal with this situation? Because the school has limited classes, example: only 2 or 3 Pre-Intermediate classes, it is very difficult to spread nationalities out evenly. And another thing - we can't stop agents from a particular country from sending 20+ students to our school every month!

I invited the new student to join me for tea during the break after the first class. I empathized with him and let him know that I understood his frustrations of having so many students (much younger than him) of the same nationality in the same class. I gently asked if he would be the "example" student to the others + one who is serious about studying and is focused.

I also had him move closer to me in the classroom so that I could give him a bit more individual attention. This seems to have helped a lot and by the end of the week, he seemed to be a lot happier :)
at September 01, 2012 No comments: 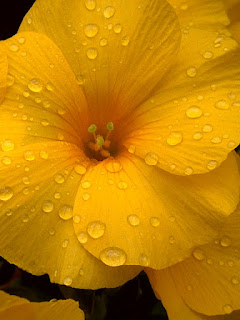 Spring has sprung! I'm ready & waiting with an open mind & heart for everything new that will be coming into my life. Wishing you all a lovely day & season ahead :) xx
at September 01, 2012 No comments: