A popular souvenir to take home from Egypt is something made from Alabaster. It is a soft rock that is carved by hand to produce vases and other little ornaments.  There are many little factories/workshops located very near to The Valley of Kings.

Ali takes us to an Alabaster Factory and before we go inside, I stop to watch four men sitting outside, each working on something. They all look up and give us the most beautiful smiles. They're so friendly and sweet, I wish I could take 'em home with me! 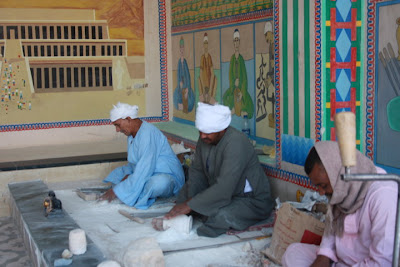 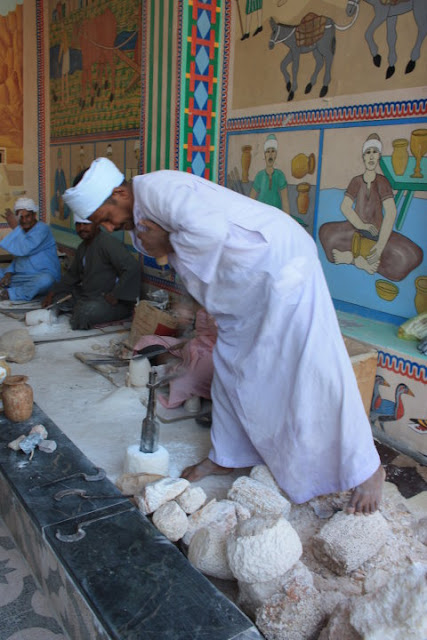 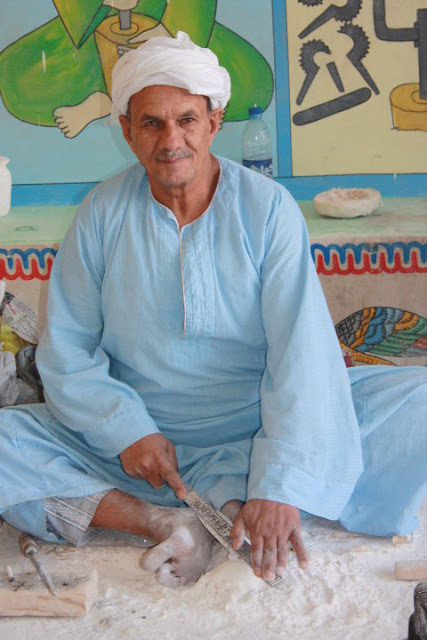 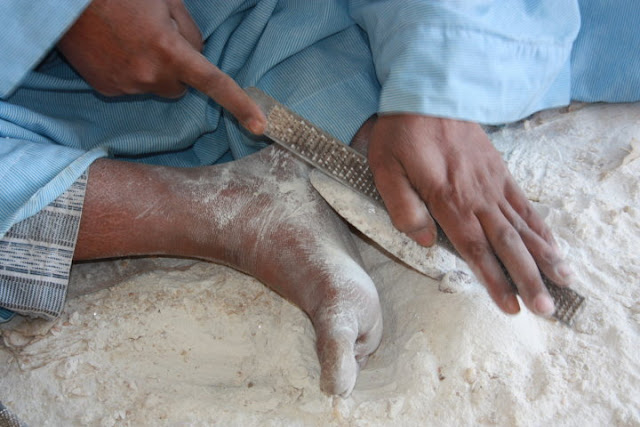 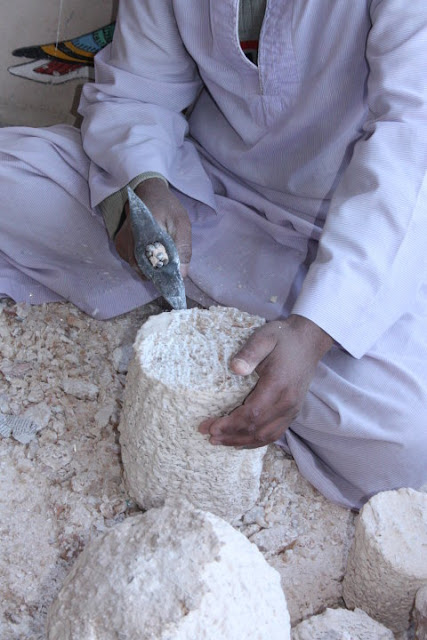 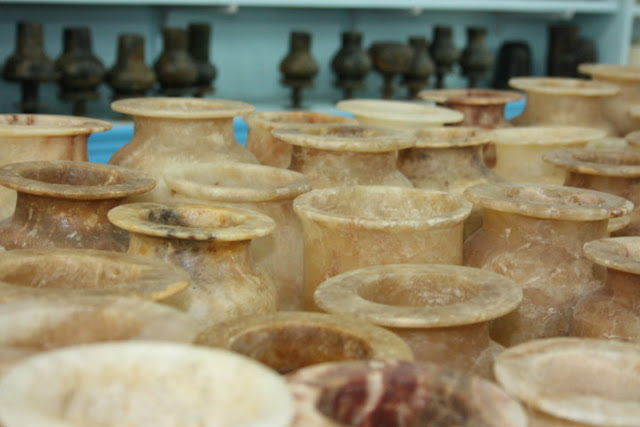 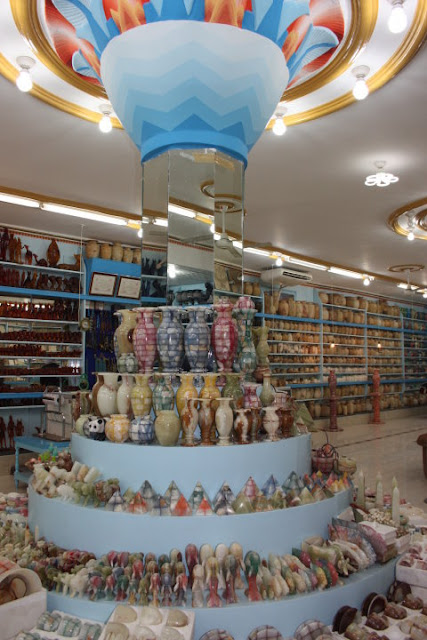 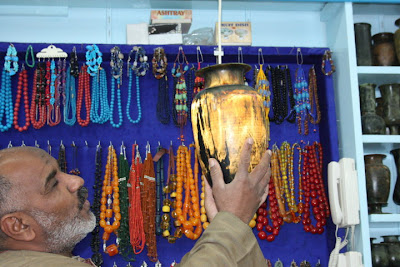 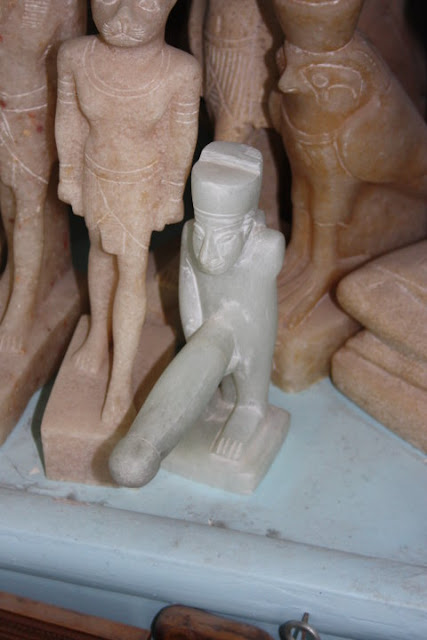 While we're looking around the store, a man emerges from one of the rooms and stares at me. I move around trying to get out of his gaze, but he continues to move and not look, but stare. When I go to where Ali is sitting (smoking his sheesha), he tells me that this man is the owner of the factory.
He tells me I'm beautiful and says he wants to marry me. Ali says that he had a wife, but she passed away. When we take a photo together, he says that I'm his 'future wife'. A few minutes later, he takes a necklace off the rack and puts it over my head. At first I don't want it...am I obliged to buy something now?  No. It's just a present he wants to give me.
When I go outside again to take photos of the men at work, one gives me a raw piece of alabaster, saying that I should keep it for good luck. I'm feeling so blessed to be meeting such lovely people on this trip! 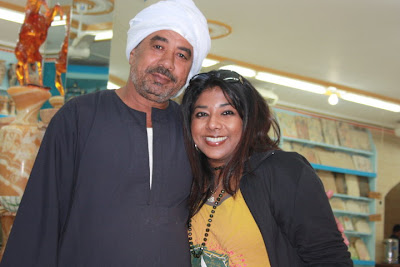 Egypt (48) Valley of the Kings