When we arrive at the restaurant, the group separates into two rooms. There's a couple, 2 friends, a father-daughter and a man who's alone.

As expected, the air is awkward with no one attempting to break the ice.

I ask the guy sitting next to me if he's traveling alone. He is. He's from Ireland and works at an electronics company in Seoul. He doesn't talk very much.

The young married couple next to us introduces themselves. When I ask where they're from, he says "Washington DC" I still don't know why Americans give their state or city when asked where they're from. Anyway, they seem nice, but also not very talkative.

Most tables in China are round and have a Lazy Susan. The veg option was OK for me - there was rice, a tofu soup, egg, pumpkin and some watermelon. 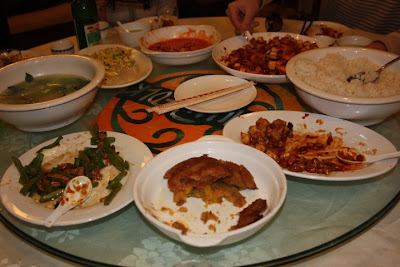 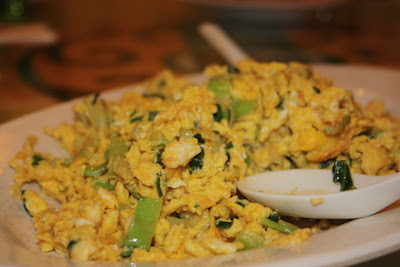 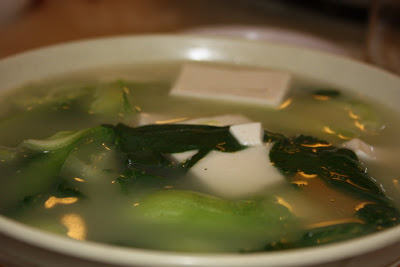 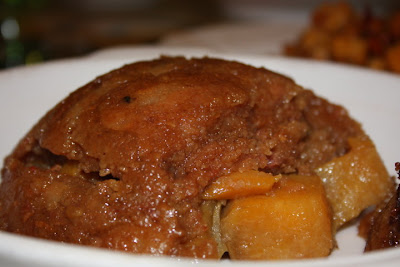 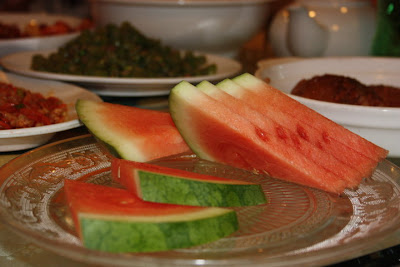 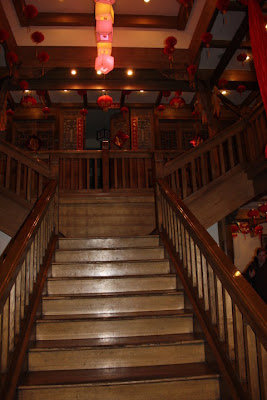 The father in the group seems very sweet. He appears to be very calm and collected despite the fact that he just arrived in Korea the previous night from Canada...but his luggage didn't arrive with him. The airline promised to have it delivered to the hotel in Beijing. His daughter, on the other hand seems to have an attitude problem and I notice she's pretty abrupt when talking to her father. She can't be older than 22 or 23 years old.
The conversation at the table turns to teaching English, comparing schools and workload. Everyone is an English teacher, except for the gentleman sitting next to me. I don't want him to feel out of place, so I try to make some kind of conversation about Ireland (where he's from). When lunch is over, it's time to head to the Forbidden City.