When we arrive at the Forbidden City, it appears as though it's still "forbidden" ^_^

It's closed. Jenifer is surprised, because she says it's usually open and busy. She assumes it's closed because there aren't many tourists in the city with it being lunar new year. She promises us that we'll come back on Monday, but for now, we'll head to Beijing Zoo to see the pandas! 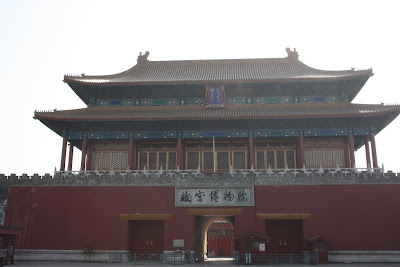