It's a very long walk from the aircraft to passport control. There are a few airport workers who stand looking at the passengers walking past. They don't greet or smile. 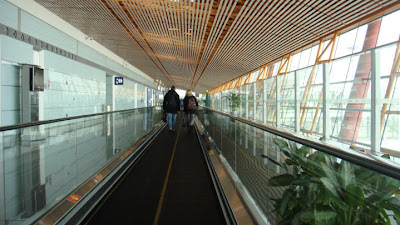 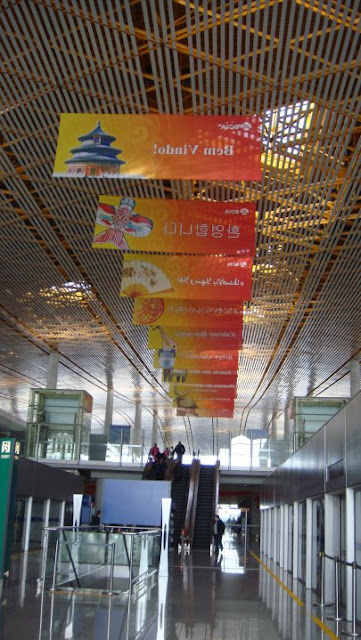 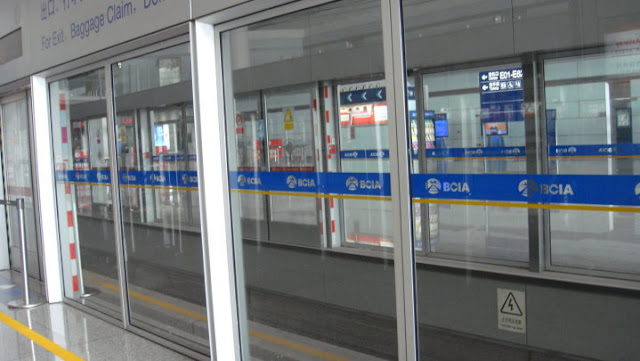 After passport control, I still have to take a train to reach the exit.

I'm nearly walking out the exit when a man asks to see my passport. Flipping through it, he says: "You're from South Africa?" He turns a few more pages and says, "But you arrive from Korea?"

He eventually let's me go. I wonder if I have a suspicious-looking face because I'm always being stopped and checked at the airport.

As soon as I walk out, I see a short lady with short hair holding a sign I'm meant to be looking out for.

She is Jenifer and she'll be our guide for the weekend. I'm relieved to see her and she tells me to come around while she waits for the other people to arrive.

There are three girls waiting behind Jenifer. Two are standing together and the other one is standing alone.

One turns around and just says, "Yup" and they continue talking.

A tall guy and girl with curly blonde hair come to stand behind me. They are also part of the group. They seem friendlier than the other girls in front of me. They are Irish. The guy says something which I can't understand because he speaks with a very thick Irish accent and the girl asks me if I'm American.

I ask them if they're a couple and they burst out laughing. They're brother and sister. He's an English teacher in Korea and she's visiting him from Ireland.

Jenifer comes around to everyone checking names and that everyones there. When she comes to me, she points to 'Giselle Makhan' and looks at me as if to ask, "Is this you?"

Yes, that's me! (my first name, at least)
This weekend I'll be Giselle!

After the other people arrive we follow Jenifer to the bus.

Beijing (4) Welcome on the bus