It's time to leave the mosque and there are dozens of people fumbling around trying to put their shoes on. Diaa gives me his black coat again as it's freezing outside - it's windy and snowing at the same time. As I'm putting on my white sneakers, I'm suddenly aware that the black beanie that was on my head is no longer there. If it was mine, I wouldn't care, but the Spanish guy gave it to me to wear inside the mosque.

He says he'll go back inside to look for it. Meanwhile, Diaa leaves us and heads back to where our guide is waiting for us. I wait for about five minutes while Spanish guy looks for the beanie. He comes out, and I offer to go in and look for it. He asks me if it's not in my bag perhaps. It isn't. He goes back in. It's freezing.

I can't feel my fingers anymore. He's taking forever to come out. I'm feeling awful that I've lost something that isn't even mine. In fact, I don't even know the NAME of this guy. Yet, he was so kind to give it to me to wear inside the mosque. I'm a terrible person. Is he going to be much longer? I will give him money for it. I'll buy another one for him from the people selling them outside. I just need to get out of that cold.

He finally comes out. He can't find it. I don't know what else to say, except that I'm so very sorry. The wind is so heavy and I'm really nervous to go down the marble stairs with no railings. I need to hold on to someone. Why would he even offer his hand to help me? I'm the girl who lost his beanie in the mosque. I take each step very slowly and carefully and as I feel like I'm about to lose my balance, he helps me.

Once outside, we pass people selling black beanies. I buy one and give it to him. He thanks me and puts it on. I apologize again and he says, "It's not even mine... it's from my company." Phew! At least it's not from a dying girlfriend. 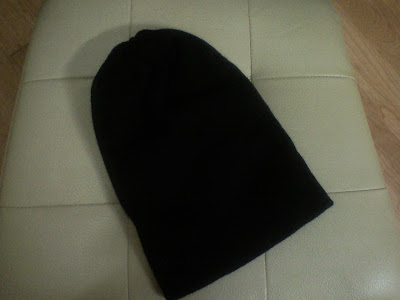 We're about to cross the street and I look down at my right arm. There's a label sticking out of the coat on my right arm. I pull it out, only to realize that it's the lost beanie that was hiding in the arm of the coat I was wearing. It must have been caught in there when Diaa helped me put the big coat on in the mosque.

Anyways, Spanish guy and I had a good laugh about it. He took off the beanie I'd just bought and gave it back to me. I feel so relieved. We eventually make our way back to where Diaa and Dilek, the tour guide have been waiting patiently for us.