Egypt (48) Valley of the Kings

The Valley of the Kings is a valley where for nearly 500 years from the 16th to 11th century BC, tombs were constructed for the kings and powerful nobles of the New Kingdom. It is also famous for the discovery of the tomb of Tutankhamun.

No photographs are permitted on this site, except from the outside. Walking down into the tombs, the slope is extremely steep. Inside, you just can't imagine that you're inside a tomb! There are people ensuring no one takes photos - I was merely taking my phone out of my pocket, and a man approached me - thinking I was going to take a pic. I wouldn't. I didn't.

While waiting for Amr and Cynthia, my mum and I join Ali. He's talking to a man who he says is his colleague.

His name is Mohammad and he says to me, "I've seen you somewhere."
"Where?" I ask.
He says, "In South Africa."
"What? Really?"
He breaks into a smile and I know he's only kidding.

A few minutes later, he turns to talk to me. He tells me that he wants to go to South Africa for the World Cup. He asks for my email address to talk further. He seems nice, and I'm guessing he's about 30. When we say good bye, he promises to email me.

When we leave The Valley of the Kings, Ali tells me that Mohammad is married.

What is up with these Egyptian men?! 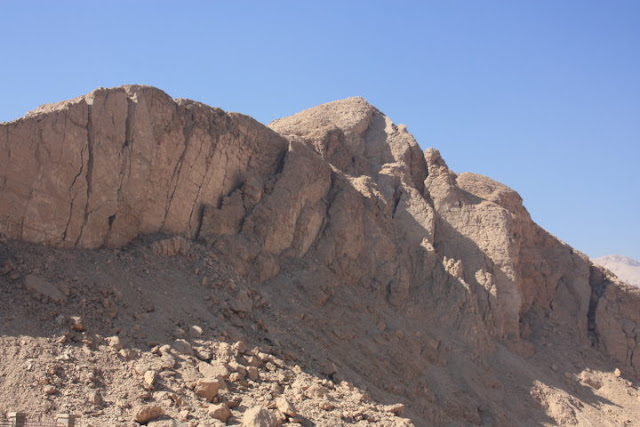 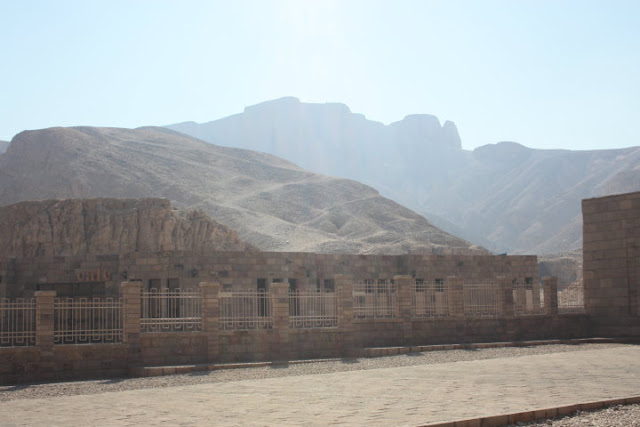