Beijing (4) Welcome on the bus

Jenifer welcomes us and introduces herself. She says that she comes from a rural village and spoke almost no English when she moved to Beijing. Her Chinese name means "to fly away" which she says is what she did when she moved to the big city - Beijing. This is also the first new year she'll be spending away from her family (because she's working) 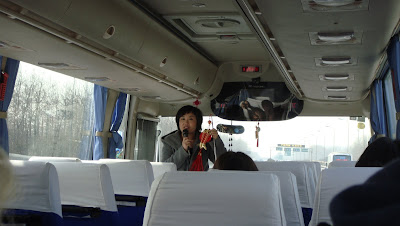 We are told that we are going to a very nice restaurant and that if we are vegetarian to please not worry. We will be catered for. I'm the only vegetarian in the group and Jenifer is already aware of this. I'm impressed because us non-meat eaters really have it rough when traveling.

She gives us some facts about the city saying that it has a population of 22 million people. We are lucky to come on this particular weekend because everyone's traveling out of town to visit their families. Because of this, the roads are clear with very little traffic.

Jenifer also gives us a friendly warning saying that locals may stare or point at us because we are foreigners. In fact, foreigners are better known as "big nose"

She shows us her fish that we need to look out for and follow. In Chinese culture, fish is symbolic of good luck and good fortune. 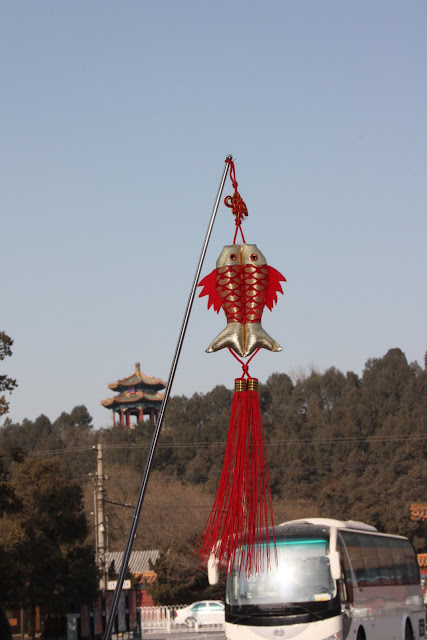