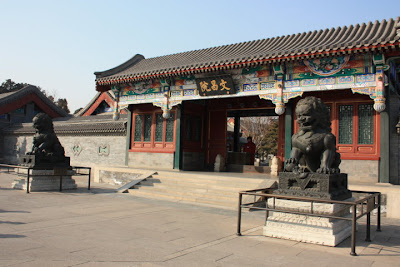 When we arrive at the Summer Palace, Jenifer tells as that these mythical dragon/lion figures guard all Chinese homes and palaces. There are always two - one is a male and the other is a female. How can you tell the difference?
The male has  a ball under its right paw. 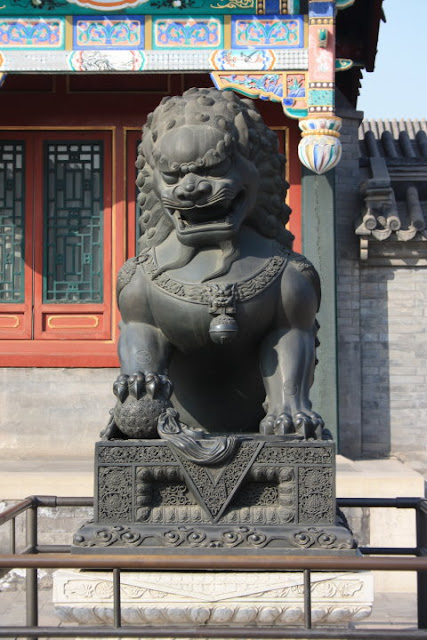 The female has a baby under its left paw.
How can you tell which is the male / female?
Jenifer says: "The female is always 'right'" ^_^ 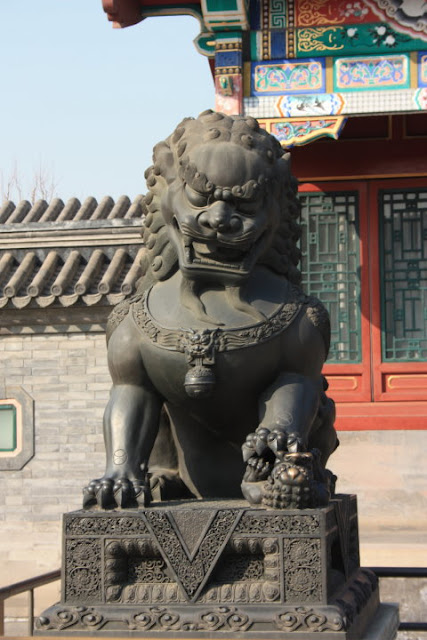 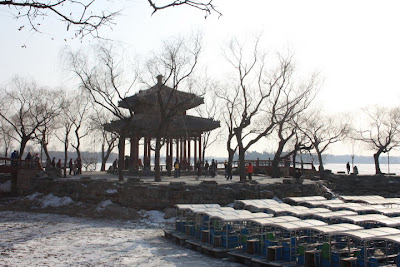 The Summer Palace is said to have the longest corridor in the world.
It's a covered walkway that runs along the Kunming River for about 2400 feet. 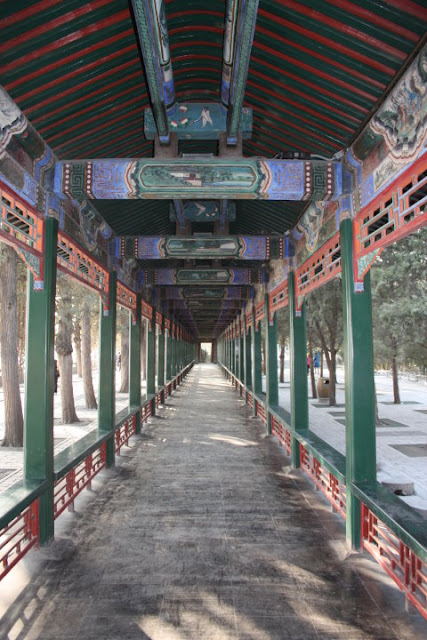 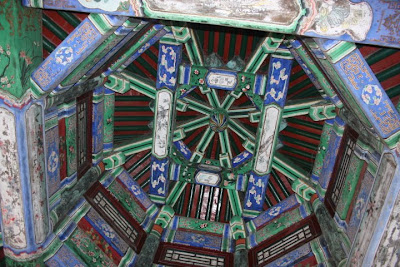 The famous marble boat at the end of the corridor. 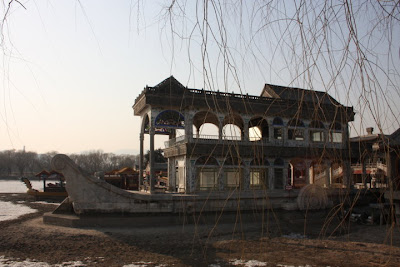 Some people in the group wonder off and Jenifer goes looking for them. Meanwhile, the rest of us start to feel numb because it's absolutely freezing. 30 minutes later, when everyone's back we speed walk back to the bus and head off to the Flying Acrobatic Show.