This is my latest favourite song by Big Bang, Crazy Dog!

Back to the basics... 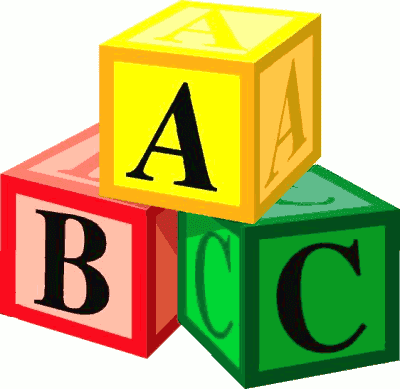 This year I've decided to go back to the basics with all my students (Grade 3-6).

When I played alphabet games with my classes last year and during the winter camp, I assumed they had a basic knowledge of the alphabet and phonics. But I soon realized that if I wrote a letter in isolation on the board, they didn't know the sound it makes. So in each and every lesson I'm starting the first 10-15 minutes with phonics.

I think this is vital - for reading, writing and speaking.

I follow the general gist of the curriculum, but for example - one chapter in the Grade 6 textbook is titled "Where is York Street". The aim of this chapter is for students to learn how to ask for directions. This is all very well, but how can I do that if they don't know what is left, right, straight, forward?

So with fun activities and lots of laughter, I lay the foundation of the chapter down before teaching them the material. I've said that I want my students to leave my class having learned something, not just having done the work for the sake of it.

My latest favourite warning to my students is that I will start giving their groups negative points. If they accumulate 5 negatives, I will tell their homeroom teacher that they've misbehaved. It works like an absolute charm ^^*
at March 18, 2008 No comments:

Email ThisBlogThis!Share to TwitterShare to FacebookShare to Pinterest
Labels: TEFL

I have a confession to make. I am SMITTEN by a Korean boy band called BIG BANG.
The group is comprised of 5 members, Seung-ri, Tae Yang, G Dragon, T.O.P. & Daesung. 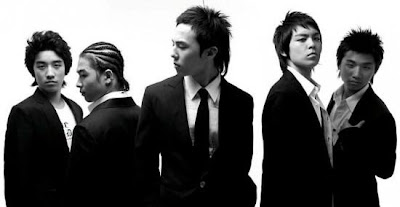 Each member plays a unique part in the group, with my favourite being the rapper, T.O.P.

These guys are no older than 21 years old. *gasp*

When I arrived in Korea, there was a song that played simply everywhere I went. It was their single, Ko Jid Mal (Lies) and was very catchy. Their style of music is hip hop/r&b and mainstream. Traditionally, boy bands are pretty boys, but Big Bang's image is pure thug.

I've been trying to figure out why I'm so crazy about them. Is it there music or their image? In their music videos, they wear urban hip hop kind of clothing, with slanted caps and plenty of bling...

As far as their dance style goes, they are big into street / break dancing. This is very popular in Korea, with Koreans often winning international break dancing competitions.

They've just released another album, "For the World", where they're re-recorded all their hits in English.

Here's one of their music video's, "How Gee"

This is another one of my favourites, "Last Farewell"

I know ~ I haven't blogged in a very long time.

No, it's not that things have been very hectic, or that it's been very boring. I just haven't had the desire to be in front of my laptop over the past few weeks...

School has resumed and I couldn't be more relieved. I'm so happy to finally be back at work and in routine.

This year, I'll be teaching Grade 3's, 4's, 5's, 6's, Kindergartens, Children with learning disabilities and adults. My schedule is jam-packed. And I love it!

As I wrote in my last post, I was very upset over my 2 favourite co-teachers leaving, but now I'm ok. My new co-teachers are very sweet and kind and I think we're going to have a healthy working relationship this year.

I can't believe that this is the 7th month I've been here. Time is flying. And I guess the old saying rings true, "Time flies when you're having fun!"

...with some teacher friends over lunch 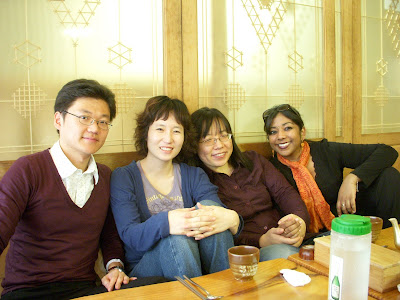