The Temple of Edfu is the second largest temple in Egypt after Karnak Temple and is one of the best preserved in the country. It is dedicated to the falcon god, Horus.

On Wednesday morning at 7am, everyone meets in the reception area for some coffee and cake. We'll have breakfast after this tour. The crisp morning air is delectable as we make our way to this historical site.

Before we get out of the bus, Ali warns us not to be strayed by anyone trying to sell things. Apparently, they've had problems with tourists at this particular spot.

Walking past the many little stores, dozens of voices are shouting at us to come in and see their goods. One man approaches my mum and I and puts a white cotton scarf around our neck.


I put the one he gave me in my handbag, but my mum keeps hers around her neck.

When we leave the site, a few people shout at her saying that she has their scarf.  This is actually a way to 'tag' people, so they catch tourists who still have their scarf. Also, there are so many stalls and almost all of them have these items so... when you walk out, you have no idea who put it around your neck and you may feel obliged to have to buy something from one of them. 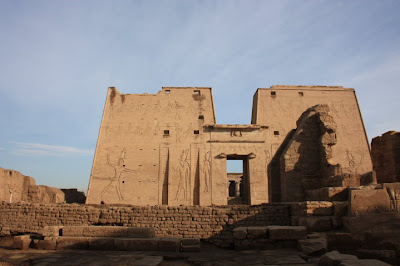 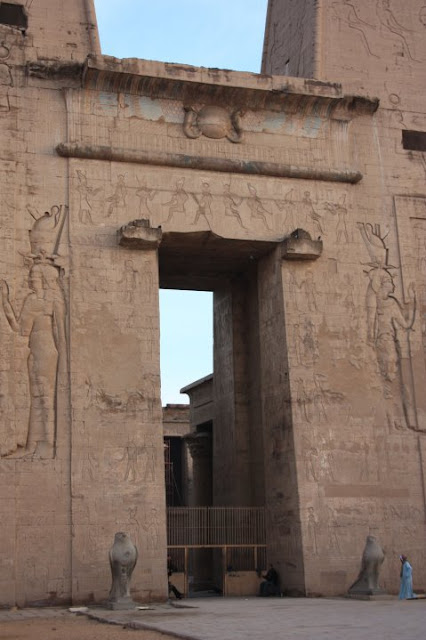 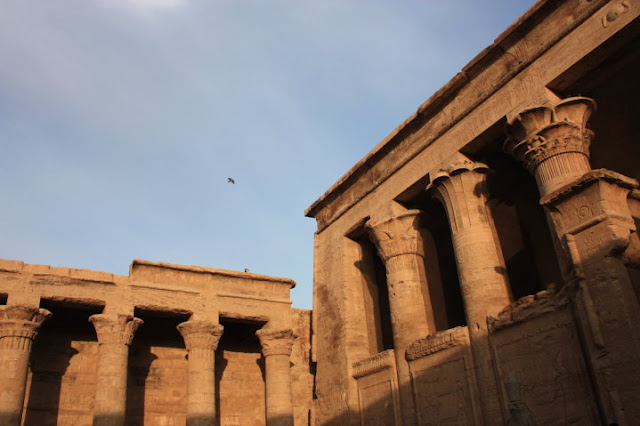 This man stood very happily for a photograph, encouraging Cynthia and I to take his photo, but then asked for money after. This is common practice in Egypt. 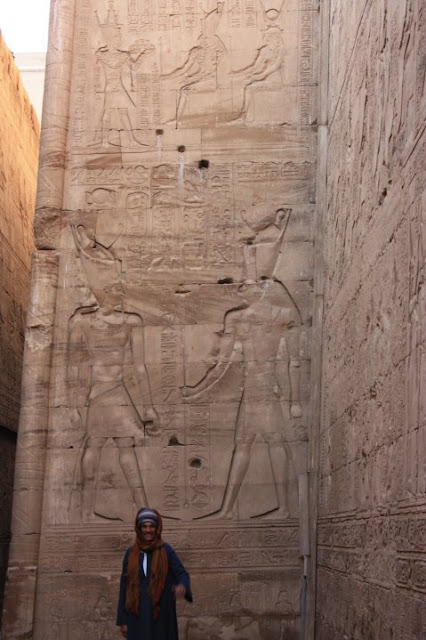 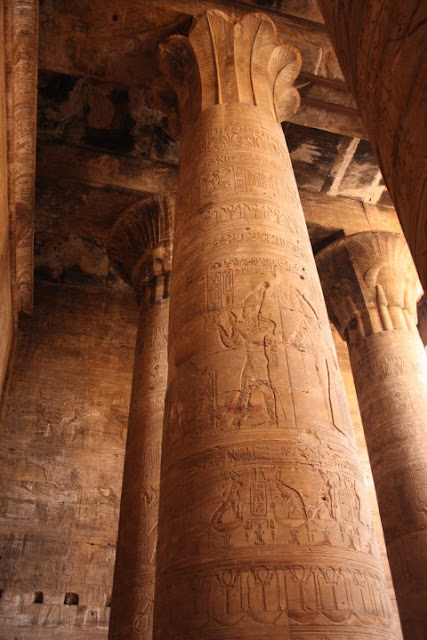