As soon as I'm out of passport control, I wait for my luggage. I'm always a bit nervous standing at the carousel because there's that slight possibility your bag won't be making its rounds on the belt.

The airport is very quiet and the only people around seem to be the passengers on my flight. A man approaches me asking if I want to buy an Egyptian sim card. He says I can buy one from the vending machine. Something tells me not to trust him. I sort out my forex and the man behind the desk tells me that I can buy a sim card from the convenience store outside. The man asking me to buy one from the vending machine is a scam, because the machine doesn't give change.

Luggage and forex in hand, I exit and immediately notice a man holding a sign with my name on it. His name is Ali - he's wearing a suit and gives me a firm handshake. Although it isn't my fault the flight's delayed, I apologize for making him wait for me. Of course, he's done this dozens of times and these things happen - flights are delayed and canceled. Before leaving, we stop at the convenience store to buy an Egyptian sim card. 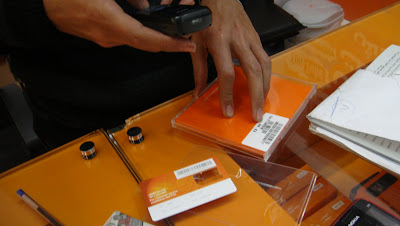 The drive to the hotel is about 40 minutes, but it feels like 15. We talk about so much - from food to table manners to how I found dried fruit peels under my co-workers desk when I was cleaning on the last day of school! His phone rings. It's his colleague asking if he's picked me up. My mum's been worrying at the hotel, she didn't know that my flight was delayed.

The roads are clear so the driver is going at quite a speed.
"When the traffic is heavy, it will take us two days to reach our destination," says Ali.

We pull into the car park of the hotel where I'll be staying with my mum. After filling out some forms at reception, I'm taken to my mum's room. The excitement builds up even further!