This was home to 24 emperors during the Ming and Qing dynasties with over 8600 rooms! Of course, The Last Emperor was set in the Forbidden City.

It's absolutely freezing. I've never experienced cold like this ever before. There are also hundreds of tourists so it's all about pushing, shoving and trying to keep up with Jenifer who walks super fast! We keep shouting out to her to stop to take photos. Although it's exceptionally cold, I'm very pleased that there are clear blue skies for my photographs.

I've been asked what my feelings were as I walked through the Forbidden City. To be honest, I wasn't moved in any way really. I don't know if it's because of the many tourists hustling about, or the icy weather but I know for sure that it wasn't the same feeling as when I stood at the Luxor Temple or Karnak Temple in Egypt. There, I could sense the history and stories behind the amazing sites. I didn't feel this in the Forbidden City. 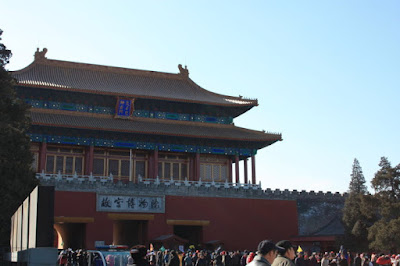 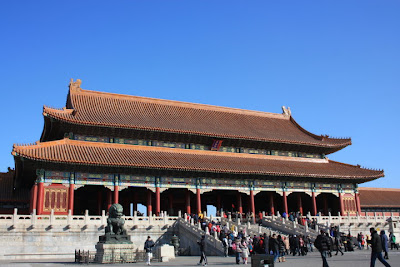 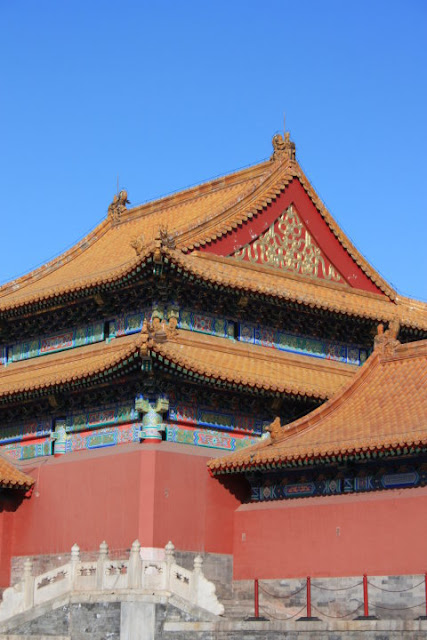 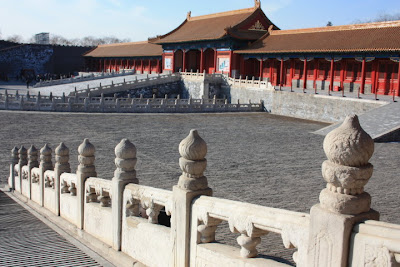 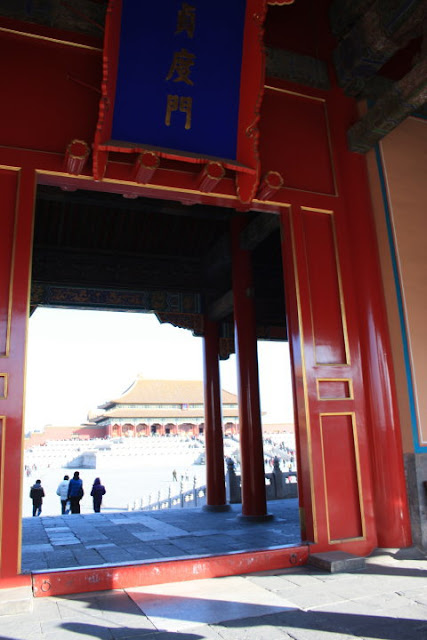 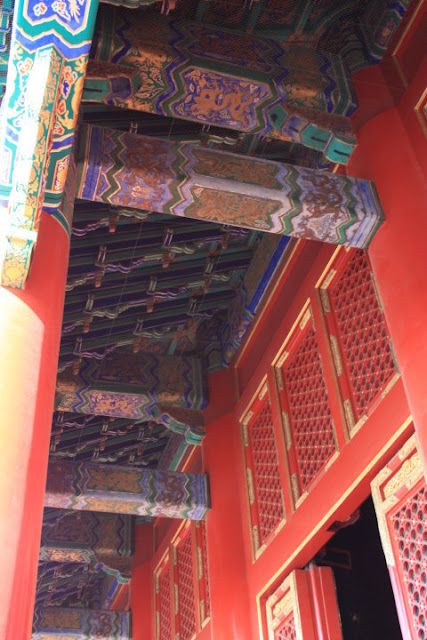 The number of beams indicate the status of the family living in the house/palace. It's like a hotel grading - so four beams is like a four star. 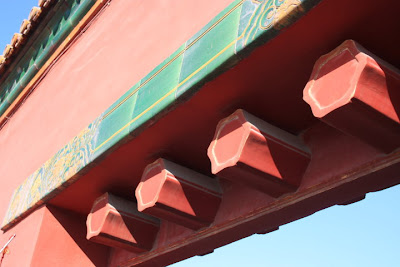 Chinese homes and palaces have these raised steps because they believed that ghosts and evil spirits had no knees, so they wouldn't be able to get over the step and into their homes. Also, it is considered bad luck to stand on it. 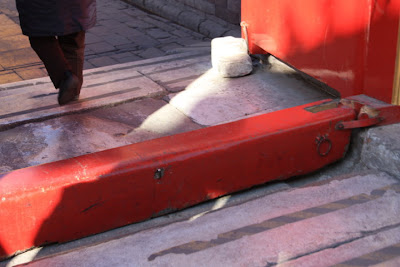 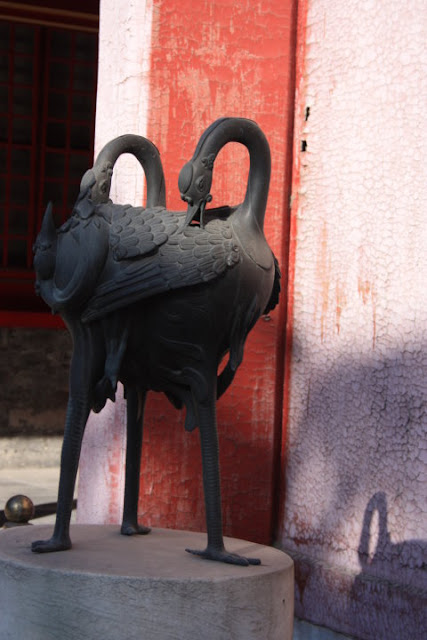 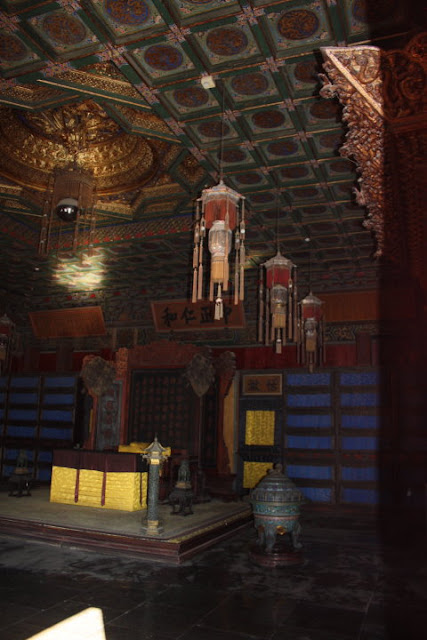 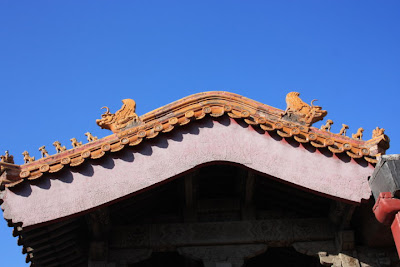 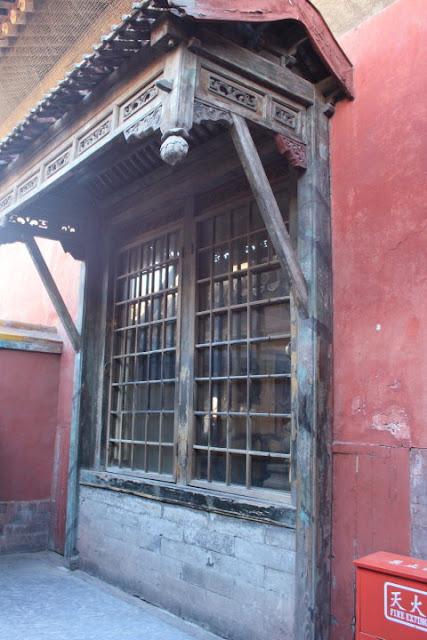 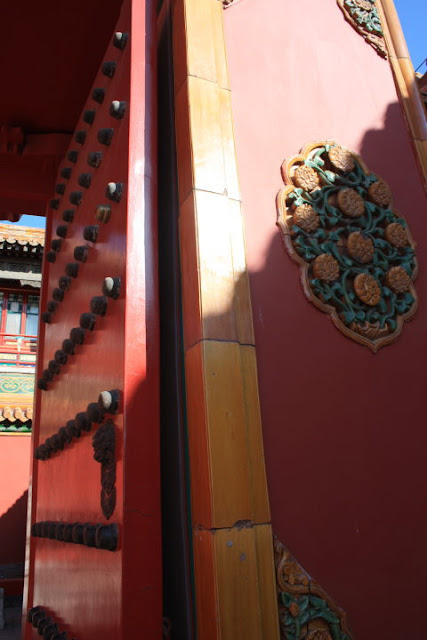 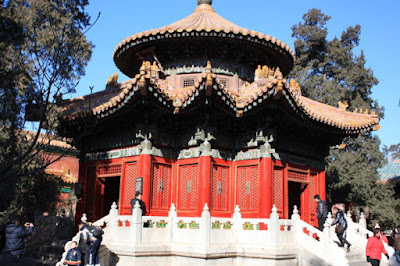