Dinner in the desert

After the show, dinner was served and I was so impressed that they catered really well for vegetarians. After chit chatting it was time to head back to the hotel.

The guy from the hooka corner came back to me.

After I said bye to him, I realized our driver was waiting for me only ... and soon we were off back to the hotel. The Canadian couple spoke more on the way back. We had a good chuckle about how they thought Mr Kim and I were married. 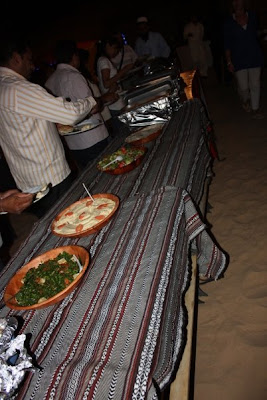