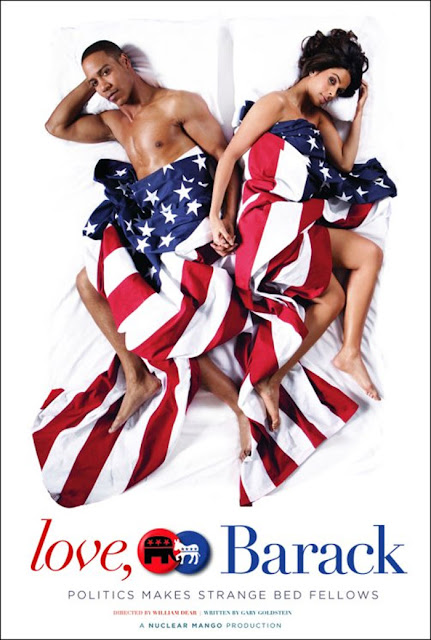 Here's my article that ran on BollySpice in February about the film:

Mallika Sherawat has been cast opposite Avatar star, Laz Alonso in a political comedy, Love, Barack. The film is set during the frantic days leading up to the 2008 US Presidential elections. Mallika will play the role of Democrat Aretha Gupta, a devoted Obama volunteer coordinator who unexpectedly falls for her Republican counterpart (Alonso), a handsome African-American working for the local McCain office.

The inspiration for the story comes from the numerous publicly-documented campaign romances that sprung up around during the Obama Presidential win. Experts have speculated that this resulted in an “Obama baby-boom”

"Laz Alonso is a talented and exciting actor. I'm very lucky to be working with him," said Mallika in a statement.

The film will be directed by Doug McHenry and will also star Ruby Dee, Gerry Bednob and Loretta Devine.

Mallika has previously made Hollywood news when she landed a small role in a Jackie Chan movie, The Myth. She is currently doing another Hollywood film, Hisss directed by Jennifer Lynch which also stars Irrfan Khan.
at May 30, 2010