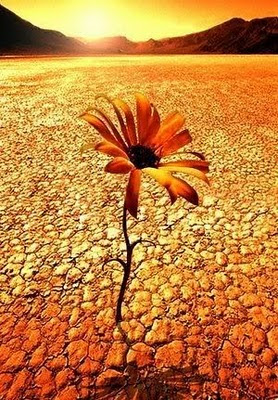 The silence is pierced by a girl's shrill scream followed by thick sobs as tears roll down her cheeks. She is too young to understand what is happening to her, but she's well aware of the pain.

The dry brown rock she sits on is suddenly covered by blood silently dripping to the ground. She doesn't understand anything and can't stop it. She's only five years old.

Her little knees are parted as an older woman cuts her genitals away and sews it up, leaving a hole the size of a matchstick head.


This is the brutal act of female genital mutilation (FGM)
What is FGM?
It is a painful operation where the female genitals are removed (either partly or entirely).

Why?
This act is performed on a female to inhibit her sexual feelings.

When?
The mutilation is often performed before puberty on girls as young as four years old. Recently, it is performed on babies who are just a few days, weeks or months old.

Where?
FGM takes place primarily in Africa, specifically in North-Eastern, Eastern and Western Africa. It also happens in the Middle East and Southeast Asia. Immigrants in Europe also endure this procedure and the World Health Organization (WHO) has stated that about 150 million women around the world are affected by this.

Who performs it?
FGM is carried out by professional circumcisers, traditional midwives or healers, barbers and nurses.

What is used?
No anesthetic is used and the instruments are either knives, scissors, razor blades or pieces of broken glass.

Writing the piece above still gives me goosebumps, and I'm sorry if you're disturbed by the picture I've painted. However, it's a reality that happens in this day and age. It needs to be exposed and stopped.

Waris Dirie, a survivor of FGM, has vowed to spread the word about this horrendous act. 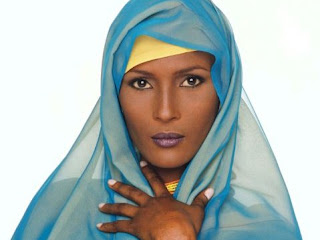 Who is Waris Dirie?
Waris Dirie was born into a nomad family in a Somalian desert near the border of Ethiopia. When she was five, she endured the cruel act of FGM. When she was 13, she was a teenage bride to a man old enough to be her grandfather. One night, she fled the desert leaving her family behind. She eventually found herself in London where she worked as a maid and then at McDonald's as a cleaning lady. 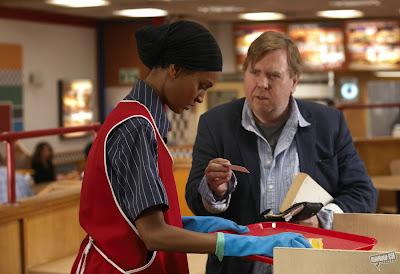 Supermodel - From Rags to Riches
Waris was discovered by a top British photographer, Terence Donovan and almost overnight became an international supermodel. She graced the covers of fashion magazines and runways in the fashion capitals of the world. She landed a role in a James Bond movie, The Living Daylight opposite Timothy Dalton. 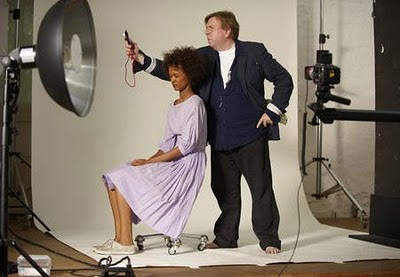 UN Ambassador
Waris was appointed as a United Nations Special Ambassador by Kofi Annan, the Secretary-General of the UN. She has done extensive work for the elimination of FGM.

Desert Flower is a film like none other I've seen before, perhaps because it is based on a true story. It's an adaptation of Waris Dirie's autobiography of the same name. 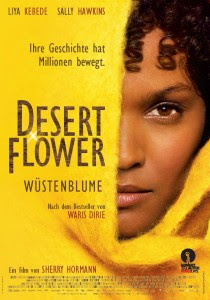 Movies serve different purposes. They either educate or entertain. They make us laugh. They make us cry. Other movies force us to think about issues we never gave a second thought to. Others evoke feelings like appreciation.

On Thursday evening I met a friend and her boyfriend to see it. 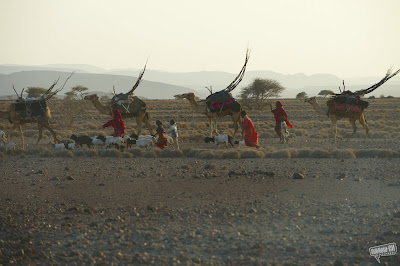 The film tells the story of Waris Dirie and follows her journey from the scorching dry deserts in Somalia to the streets of London. The main character is essayed by Liya Kebede very well. (Liya is an Ethiopian model & is also the first model of colour for Estee Lauder). It's very difficult not to fall in love with her sweet nature. She is helped by a Londoner who goes on to become a good friend, Marilyn - played by Sally Hawkins. 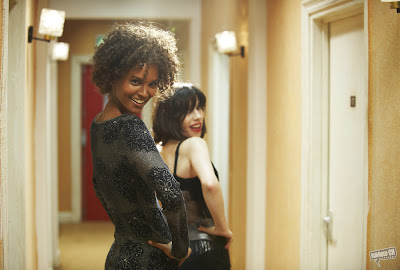 For most of the film, the audience is drawn into the world of Waris from the desert to London to the catwalks. Her innocence is quite enchanting, whether she's trying to learn English from TV game shows or books or even as she tries to balance on heels for the first time at a modeling agency. We watch her develop into a beautiful young woman till the last half an hour of the movie. In one of many interviews after her rise to stardom, she tells a journalist about "the day that changed her life". Surprisingly, it is not the day that she was discovered by a photographer.

The film flashes back to a very disturbing scene where her genitals were circumcised at the tender age of five.

From the corner of my eye, I could see my friend sitting next to me discreetly wiping her tears away. I couldn't bare to watch the horrific scene and the sound of Waris as a child howling looking into the eyes of the older woman performing this inhumane act is haunting.

When the film ended and the credits started rolling up, it took a few seconds before we got up to leave. It was like we needed a second or two to take a deep breath in and absorb what we just watched. When we walked out, no one said anything to each other.

With red eyes, my friend just thanked me for recommending the film. I was a bit concerned about her boyfriend - if he was OK with the nature and graphic content. He said he was fine, and that it's terrible that this happens to women - even today.

Any emotions I feel when I watch a movie are usually left in the theater, but on the ride back home I still had a lump in my throat. The film forces women to think about what it means to be a woman. I know countless women who wish they had no menstrual cycle and curse "that time of the month."

The cravings, cramps and bloatedness are such a small price to pay for the freedom we enjoy of being a female.

Here is the trailer of Desert Flower:

We must all spread the word, Sheetal. There are tears in my eyes right now. In a world of love, peace, beauty and justice there is no more room for the mistreatment of girls and women in any part of our society.

There are a thousand forms of female abuse, from the gender-based infanticide in some countries to sexual, physical and emotional abuse right here in my own beloved Canada. Entire families of women and girls have been murdered in my own region to support some false definition of "honour"

Shame on all of us if we can't see that it is time.
Thank you, Sheetal.
Donna

Thank you for reading this. It is a very serious and heartbreaking topic to even think about. However, as you said - we need to spread the word and I hope more people get to know about this horrible act to stop this cruelty against women around the world who may not have a voice to speak about about it.

Much love to you x

I don't watch television so I tend to miss movie previews. Thank you for the heads up on this one. It sounds moving. I have read about FGM before. I love reading and seeing movies about strong people who have been through such obstacles in their journeys and come out of it trying to change the world. For me, that is true heroism, strength, courage, and honour.

Hi Shelly,
Thanks for reading this! I came across an article about the film a few days before I heard it was on circuit here in Korea. It was close to my heart because I studied about it during my Anthropology course at uni. It's brutal and heart-wrenching, but I hope the word can spread even more so the fewer girls and women have to go through this horrific procedure.

thanks for sharing this very interesting posting with us. it was very touchy. i learnt alot from it though. you always amaze me with your writing skills. keep up the good work sheetal and thanks for always sharing with us.

ANON:
Thanks for reading. I hope more people, especially women will continue to be aware of this and eventually - some day, it will be stopped. I appreciate you kind words. Thank you!

Great post Sheetal. Thanks for sharing. Having grown up in 2 different countries in Africa, I did know that things like FGM happen but I did not know the extent. It is horrible and sad as to why someone would want a young girl or young woman to go through such pain. I mean, what is the purpose? Where is the love?

I must see this movie.

Thanks for reading this - yes, it is indeed a terrible act :( Hope you get to see it!