Thursday, May 6 2010
I took it easy on Thursday morning. Since Mr Kim told me that rain was expected in the morning, I thought I'd venture out into the city in the afternoon. I went down for breakfast rather late, even though I was up at 6am - forgot to turn off my wake-up alarm!

The Continental Breakfast consisted of a glass of water, a choice of juice (orange, pineapple or tomato), a slice of white bread, a mini bread roll, a mini croissant and a tasteless something which I guess was meant to be a muffin. All this was served with a ... fish knife which I had to use to spread butter / jam on the breads. Talk about a carb-overload, right?! 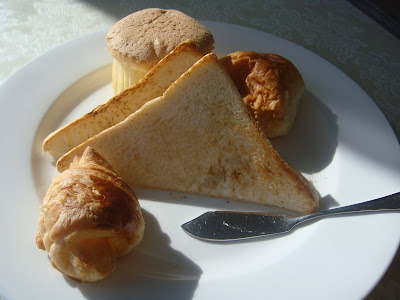 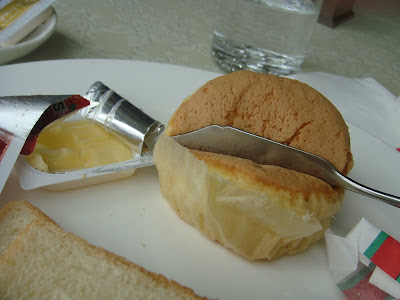 Mr Kim came over to where I was sitting. He pointed to the sky, indicating that it wasn't raining. I told him I wanted to go to the city - to one of the botanical gardens. I asked him how much a cab ride would cost.

Flashback > Singapore: December 2008. Same thing! Man at reception offered to take me on a tour. Of course, I declined. This Mr Kim, however also kind of reminded me of Sam from Egypt - remember him?


View from the breakfast table: 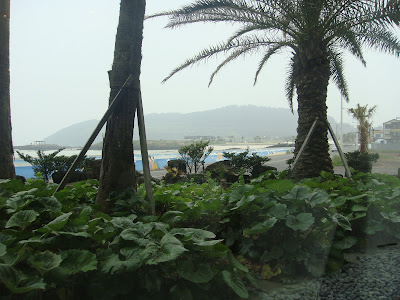