Seven years had passed since we had any kind of communication - phone, e-mail, chat, text. All that gradually disappeared and over the seven years I gradually came to terms with it. Not to say that I forgot about him. I was reminded of him in so many different ways, but each time something popped up I tried to distract myself so as not to fall back into what never happened.

He wasn't a boyfriend. He wasn't a lover. He was someone who came into my life when I needed a friend the most. The kind you can talk about endless topics for hours on end and never get bored with each other's company. Mind you, I mean phone and online company. Yes, this is one of those stories that ten years ago would have made people's jaws drop. 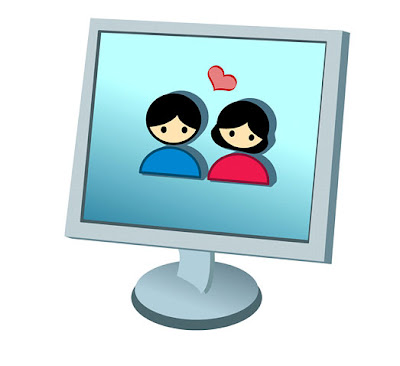 But ours was not as simple as just that. We didn't meet in a chat room or online forum but were rather introduced by people we both knew.

To an outsider, the relationship was near perfect. What more could you ask for than a friend who is kind, caring, considerate, sharp, witty, well-liked, respectable...I could go on. Most of all, someone who says "I'm here for you" and actually means it.

Well that relationship ended. Not really ended. But withered away to another galaxy never to be seen or heard of again. At least with relationships, there's a definite "end" or break up. I think it's a bit more complicated when it comes to friendship. Although it happens, people don't 'break up' a friendship. They merely drift apart.

So seven years passed. Last year - June 2008, he crept back into my mind. I thought of him so much and wondered if it was possible to resurrect our friendship after three years short of a decade. Sometimes I'll admit I'm all talk and no action, but even I surprised myself at what I did.

After giving much thought and consideration to it, I plucked up the courage to e-mail him in July 2008. Seven years after we last spoke.

It took me 2 hours to write the e-mail. Probably longer.

As I hit the Send button, I asked my e-mail fairies to please deliver a reply to my Inbox the following day.

As you would imagine, I checked my e-mail countless times - and I kept calculating his and my time difference.

Maybe he didn't check his e-mail yet?
Maybe he's thinking out a long & thoughtful reply?
Maybe he's read it.
And maybe he's deleted it.

One will never understand the expression, "My heart jumped into my throat" until it actually happens.

When I saw I had 1 New Message, my heart felt like it skipped a beat. Seeing his name in my Inbox after all these years made my tummy flip. The next step was to open it and see what he had to say.

He said he was shocked to hear from me and that it had taken him all day and evening to write to me. I couldn't believe that I was reading an e-mail from him. I'd replayed this moment over and over in my mind *so* many times. He was online at the time, and we started an IM chat.

I can't explain it, but - apart from experiencing deja vu (for us both) it was as if nothing had changed. It was like time stood still and we were back in 2002 chatting away cracking jokes and poking fun at each other. No doubt he's changed. And so have I. But our communication was almost exactly the same. And we both agreed that it felt very comfortable talking to each other despite the 7-year gap. We chatted for over an hour.

The next day, we e-mailed and chatted for two hours. Our online times seemed to have worked out perfectly. When he was online at night, it was my lunchtime. I'd gulp down my rice and kimchi and rush upstairs to my office to chat to him - even if just for 20 minutes before my next class.

And suddenly without any warning, my e-mail fairies stopped delivering his e-mails to my Inbox.

It's ok. It's *really* ok. Wanna know why? I figured all I ever needed was closure. That one little word that means SO much. I expressed everything I felt and wanted him to know in lengthy e-mails. I don't care whether or not he read them or deleted them. But I said what I had to.

So the sting of him disappearing from my Inbox and chat list is so much less painful than it was seven years ago. I've grown up. I'm matured. I've moved on.

Getting ready for work this morning, for some obscure reason he came into my thoughts. As far as I know, he's not on FB. I'd know because of our mutual friends. But he was unique like that, I thought - he didn't have to jump on the FB bandwagon just 'cause the whole world (almost literally) has a FB account. And that's what was so different about him. He was cool without tryig to be cool. But my mind occupied itself with my morning make-up routine and I hurried off to work.

Just before my first class of the day, I logged on. I couldn't believe my eyes. Right there, in the top right hand corner of my screen, FB was cheekily suggesting I add him as a friend. This was odd beyond words, as FB didn't point out our mutual friends as I don't *think* he has them on his list as yet.

Of course, I didn't add him. Clearly he doesn't want to communicate with me. And I don't believe in fighting against what's meant to happen.

But what are Big Guys up at FB headquarters up to? I mean, the e-mail address that I use for FB is not even the same one that I use when he and I used to e-mail / chat.

I'm sad after reading that...but you're right, you're much more maturer now. If it's meant to be, then it will be :)

Ahhhhh..yeah, Nicki! Such is life :)
Goodnite from Korea x

well, sheets, have such stories of my own, one very special with no contact for 8 years now. but i never can stop from time to time to search for the person. why? dont know. its something between feeling like the old days.
but havent myself written back after all this years. but have still thought about doing it. one day. perhaps. not? who knows :)

Perhaps one day you will write back - even after 18 years?! It's nice to know that someone else can relate :)

wow!!! what a masterpiece my child.
i enjoyed it. love your writing.
you are so in tune with everything it is unbelievable.

well, sheets, perhaps soon, perhaps never. like with all good thoughts: the fear reality can kill the past, missing the same fire once was there. we'll see.

THANK YOU! I love you x