After meeting Dilipkaka, he said that my mum told him that someone from East London was also at Domestic Departures and that I should meet them. I had NO idea who it was. But as I walked towards the SAA counter, I saw someone whose body movements looked a lot like my dad.

Ohmygod! It was my dad!! When I turned around, my BROTHER appeared!

My dad, brother, Mark O & Gary Horler were in Jozi the previous day for an expo. They stayed the night ... and the 5 of us traveled back to East London on the 10am flight :)

With my brother & dad 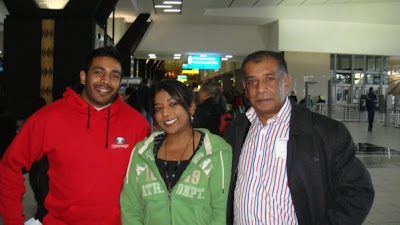 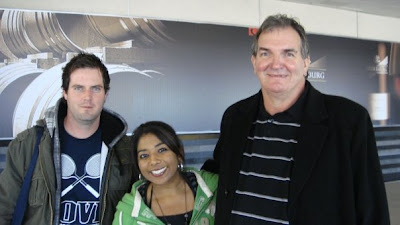 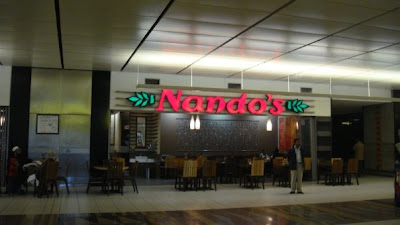 Email ThisBlogThis!Share to TwitterShare to FacebookShare to Pinterest
Labels: family, OR Tambo