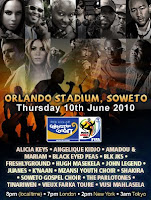 On Thursday, June 10 2010, South Africa was gearing up for the 2010 FIFA World Cup Kick Off Concert at 8pm that evening. I got home pretty late and at about 02:30 I was ready for bed. Many friends in South Africa were at Orlando Stadium in Soweto (Johannesburg). I wasn't really tired, but had to get to bed when a few friends sent me messages saying "Stay awake!" Others said "It's a once in a lifetime experience" and "It will be worth it". So I did! Watching the live stream on vevo.com, the energy of the crowd was simply infectious. 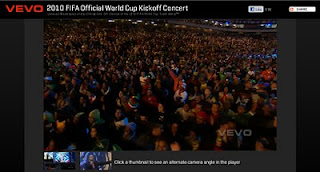 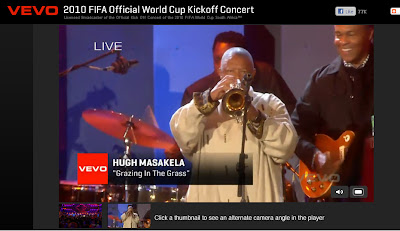 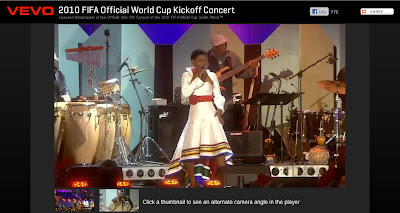 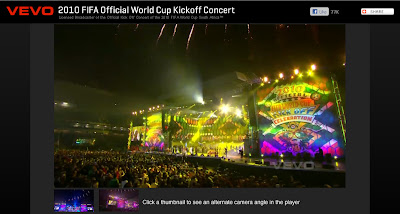 Sebb Blatter: Football is not only a game. Football connects people.
President Zuma thanked everyone for attending the concert as well as FIFA for giving South Africa the opportunity to hold this special event - for the first time on South African soil.

"I would like specially to thank South Africans for having received our visitors so warmly.
I want to thank you and also ask you to show this warmness for the whole duration of the tournament until they leave South Africa," he said. 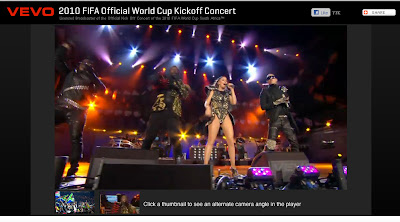 The Black Eyed Peas disappointed greatly. I still don't know why their opening song was "Where is the Love". Dressed in some kind of military-themed / space cadet costumes, they sounded tired, bored and uninspired as they belted through a medley of their hits, including "Pump It", "Meet me Halfway", "Boom Boom Pow" and "I gotta feeling" which (kind of) got the crowd in the mood for the music talent that set the stage on fire for the rest of the evening. There was a lot of criticism on their performances, especially for Fergie...some bluntly saying that "She can't sing." 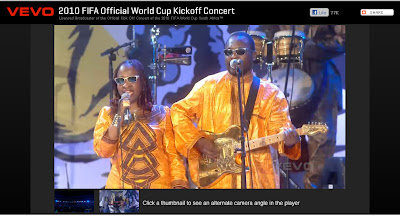 Mali's Amadou and Mariam took the stage with "Welcome to Mali" and "Africa".


FIFA is supporting a cause: 1 Goal - Education for All 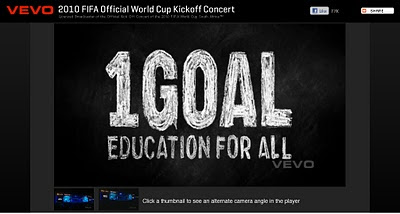 Angelique Kidjo (feat Soweto Gospel Choir) took my breath away with "Malaika/Africa" She was joined by John Legend who then sang some of his popular numbers. 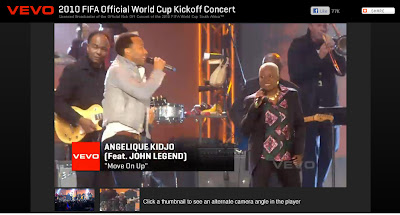 Out of all the performances, I went crazy for Archbishop Desmond Tutu. He was "adorable" personified! 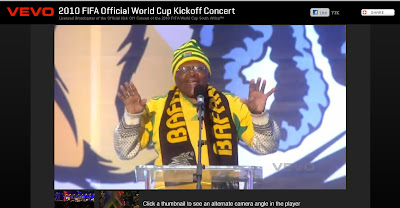 He walked on to stage looking excited like a child on Christmas morning.

"Fantastic. Just fantastic. Can you feel it?" he said.
"You can touch it. Welkom to ons land, Suid Afrika. Ke Nako."

"The Arch" - as he was affectionately called on Twitter, sang the praises of former president Nelson Mandela.

"We have to pay a wonderful tribute to whom we owe all of this. He is in Johannesburg and if we make a loud enough noise, he will hear us and so we say - Halala Nelson Mandela. Viva Madiba." 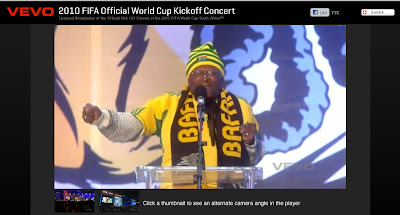 The Arch was visibly bursting with energy. "I'm dreaming man. I'm dreaming. Wake me up. Oh what a lovely dream. Ya ya ya ya."

"We are the world. We welcome all...for Africa is the cradle of humanity. So we welcome you home. All of you. All of you. Germans, French, every single one of you. We are all Africans." 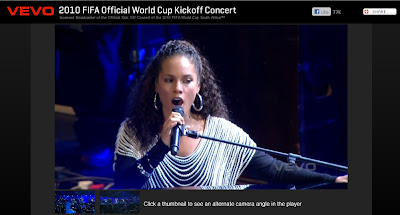 Alicia Keys looked beautiful and lit the stage up with her presence as she sang a medley of her hits, including: "You don't know my name", "Sleeping with a broken heart" and "Falling" before she sang "Empire State of Mind (Part 2)"

She reminded the audience not to "forget to love each other" before she introduced BLK JKS on stage. The crowd went crazy when the group & Alicia broken into "Too late for mama" - a tribute to the late Brenda Fassie 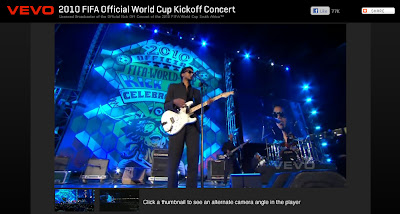 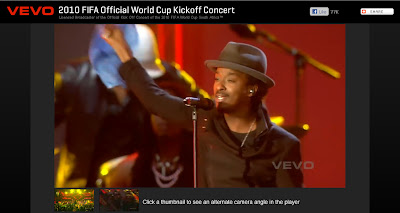 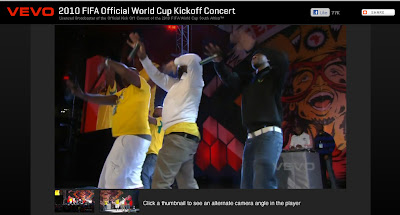 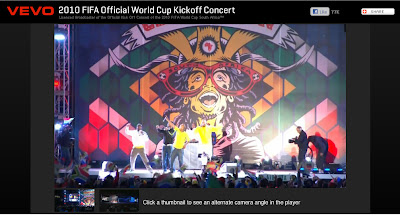 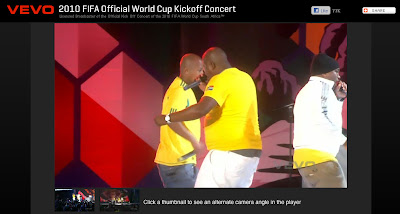 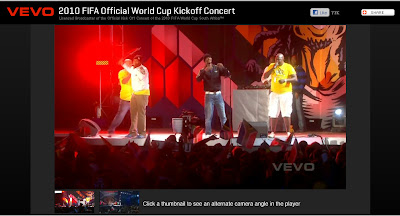 The Parlotones also impressed with their performance 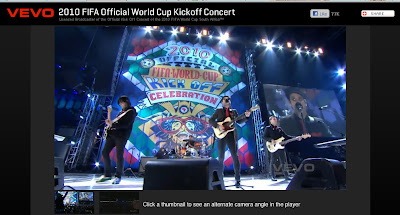 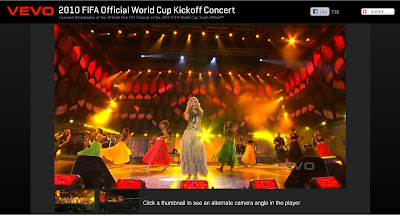 The show stopper was definitely Shakira. She opened with "She Wolf", followed by "Hips Don't Lie" before she erupted into the official World Cup song, "This Time for Africa" feat South African group, Freshly Ground - who joined her in the second half of the song. The energy was electrifying and I still get goosebumps watching the video.