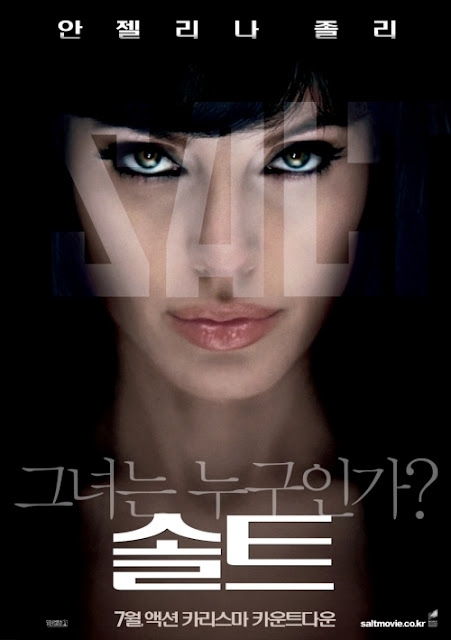 This is the (Korean) movie poster for Angelina Jolie's forthcoming film, SALT. According to New York Daily Times, the actress is "unrecognizable" (thanks to Photoshop, I guess!) I'm not a big fan of Jolie, but will probably watch this film when it releases next month. (Release date for Korea is July 29 - which happens to be my birthday ^_^)

In the film, Jolie plays a CIA officer accused of being a Russian spy.

Angelia Jolie rocks. I really like her as an actress and she is the perfect choice.