PA Part 4 - I can't predict the next one 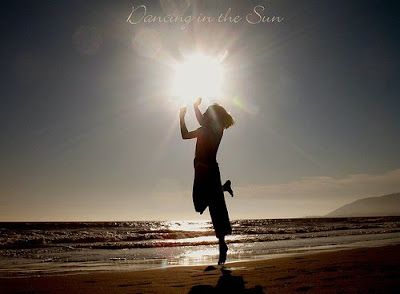 I arrived home feeling tired. That's what a panic attack does. For a few minutes it feels like all my energy has been sucked out of every pore on my body.

I had my first panic attack during a Journ lecture at university back in 2003. It was the scariest feeling ever. I thought I was dying. I regressed to a 3-year-old child and lost my speech for a good few days. I wrote about the experience shortly after I recovered from the first big one and was amazed by the responses I got from readers.

Panic attacks still have some kind of stigma attached to it. Probably because people aren't educated enough about it. I won't go into all that detail now as there's already a ton of information on this out there. But I will say this...

Having panic attacks doesn't mean that others need to walk on eggshells around you...waiting for you to break out into a sweat and start trembling. I fear that if I tell my Korean friends about this, they'd avoid going out with me, just in case "it happens"

Nothing needs to be "wrong"

When a panic attack occurs, it just means that the emergency button on my brain went off ... it doesn't always have to be triggered by something. Like this evening, I was fine. In fact, I felt good all day. Yes, sometimes a situation can play on our minds subconsciously. That's what happened when I had my first attack, according to my doctor.

So why write about it for the world?

I recently wrote about "being naked" when I write. Exposing myself to my readers in such a way that they will be able to feel the emotions and sincerity in my posts. So far, those posts have received the most comments and e-mails from readers. It's been six years since my first attack, and I'm able to talk about it very openly. This is a very common condition which not many people are well informed of. It's up to each individual whether they want to share their experience or not. I want to share. And I know there are many people out there who will relate to what I'm saying.

I wrote about this for various reasons. My feelings and emotions from it are still fresh in my mind. My right shoulder is hurting from the muscle spasms. For me, writing about it is like therapy. I'm "talking" without actually opening my mouth.

I know my parents will be reading this and I have no doubt they'll be worried about me by the time they get to this blog post. I'm fine. I really am! It's been months since my last attack and I can't predict when the next one will be (God willing there won't be one). But it could happen when I go upstairs to sleep soon. It could happen tomorrow afternoon or perhaps May 16 2010 (random date I just sucked out of my thumb) We can't predict when this violent 'monster' will erupt. But when it does, I have to keep reminding myself that I WILL NOT DIE.

I'm very thankful that I wasn't alone. I've had panic attacks when I've been alone (at university) I don't wish it upon anyone. Even though I don't want to draw attention to myself during the attack, I am glad I was with teachers who I trust and who I know care for me. Yong-un came through for me as a friend before being my colleague.

Only those who have had a panic attack will understand how it is appreciated to have someone hold your trembling hand and tell you, "Don't worry - everything will be OK" Of course, we know that already but to hear it from someone else makes it more believable. A panic attack is just that. You panic as if there's danger when there isn't.

I thought about telling Yong-un that what I had was a panic attack, but I've decided not to. It happened. It's over. I don't have to revisit it all by telling him about it. What do you think?
at November 20, 2009

how do you control panic attacks in children....,im worried about my little one