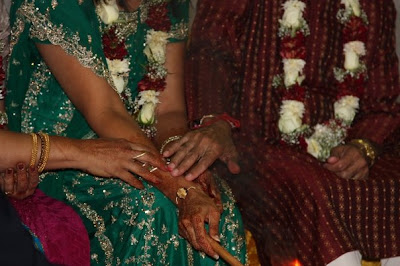 'Simple girls' just wait it out

I was recently telling a South African friend about how fashionable it is these days for Korean girls to date foreigners. For western men, dating a Korean girl is “The Fantasy”, isn’t it?

My friend gave me a puzzled look and asked me cheekily, "Says who?"

I thought it was obvious. “They have bodies like this (I held out my hands about 20cm apart) they have long, dark hair, silky smooth skin... they're hot, right?”

He looked at me again and said, "No - not all guys are like that"

*Yawn* Was he going to tell me that he's "different"? If only I could count all the times I’ve heard this line. He went on to say that when guys are young, they want to be seen out and in clubs with the ‘hot chicks’ but all that changes when they get older and mature. “They want something simple,” he said.

Guys in their 20’s like to be seen with FHM-like models who won’t say no to a good party, right? Some are lucky enough to end up marrying them. (Bonus points!) But generally their eventual wife is a ‘homely girl’ who is adored by her community.

I don't consider myself a ‘hot chick’ especially when I’m out and surrounded by ‘cutesy putesy’ Korean girls in hot pants, strappy tops with push-up bras, flawless skin and pin straight hair.

So am I a ‘simple’ girl then? I guess I am. These days I prefer staying at home watching TV, reading or blogging than being out on a sticky dance floor with creepy guys crawling around me.

For the past 10 odd years of my life, I had to sit back and watch my friends - who were thinner than me and who could wear strappy tops - go out on endless dates while I was at home on Friday and Saturday nights watching TV. I hated school dances, and I only went to a total of two which I was expected to attend.

This continued all the way through university. I guess I'd just gotten used to being the onlooker. After four years, I graduated and left campus with a squeaky clean reputation. I still don't regret not doing things that many of my peers were doing. So in that sense, maybe I am a 'simple' girl.

I'm in my mid-twenties now and people are becoming curious if I've met anyone special during my exciting travels around Asia. My reply is always, "No, not yet." They go on to tell me how young I am and that I still have my whole life ahead of me and that I should enjoy life while I can. It almost gives me a picture of doing everything I possibly can right now because once I have a ring on my finger, it's lock-down for life.

I fear you may be getting the wrong idea and thinking that perhaps I don't want to be involved in a relationship. Well, honestly speaking who doesn't want to be romanced? Who doesn't like waking up to text messages and e-mails from someone special? Or having someone to say goodnight to?

People keep telling me that I should put myself "out there" - what does that mean? I enjoy going out and meeting new people. I thrive on exciting conversations. I've experienced a few of these before, but at the end of the conversation the guy will still call the skinny girl in the white tank top, and before I know it - they're an item.

So for most of my life, I've been a ‘simple girl’ just being an observer to friends (hot friends, mind you) going on dates and having fun with guys. I'm always being re-assured that my ‘time’ will eventually come. Yeah yeah... old story that!

I won't have stories about exotic boyfriends or exciting /disastrous dates from my teens and 20's. Why? Well, I wasn't a ‘hot chick’. I'm just a ‘simple girl’ waiting for my future husband to settle in his studly ways and realize it's time to get married. And maybe then, we will eventually meet!

Sheetal, i always thought you were one of the hot chicks at university. pity i am gay. i have you picture in my office and many time i have had guys asking me who u were coz u are like hot. I love ya. sean

Hmmm, interesting. Korean girls, along with Japanese and Viet girls are really slim, and stay that way. TO me, that's too skinny but that's the way the men like it.

Although I do agree that men do look at "hot" girls differently than girls who they would want to bring home to their momma and marry, I think the majority of Asian men still like them really thin girls.

Right! Of course, it's a dramatic generalization. Some guys prefer their women nice and plump! It's a status symbol in some cultures. But then again, us women also drool over six-packs...right?! (not all, though!) Depends on style... but still, you know what I mean ;-)