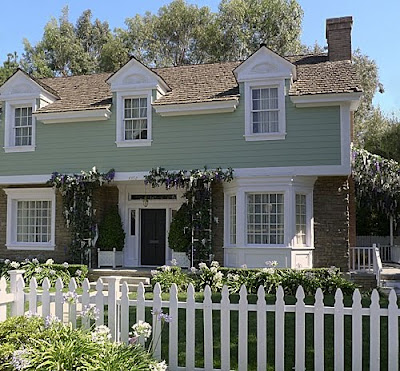 I’m not shy to admit that I wanted to meet the man of my dreams, have two beautiful children with him and live in a big house with a white picket fence and perfectly manicured lawn. My husband would be tall with broad shoulders and would be a “suit guy” - basically meaning that he’ll be a businessman. I have a thing for guys with accents and I always imagined that my future husband would be American or Canadian Indian. He’d be my best friend. He’d be the kind of guy that guys want to be like and that girls want to take home to meet their parents. I wanted the big, Bollywood wedding where the whole town would be invited. There would be singing, dancing, lots of food and plenty of love and laughter.

After having two perfect children with my perfect husband, I’d be one of those successful career-driven mothers who looks hot in a suit and heels. I’d be an editor of a glossy magazine and I’d sit behind a large oak desk in a modern office with windows from the ceiling to the floor overlooking the city skyline. Which city? ? ? ?


When I was in primary school, I remember thinking that I wanted to be married between the age of 24 and 26. Of course, back then to a 13-year old, turning 21 seemed like a semi-lifetime away and seemed to be so old. I knew some people that had turned 21 and they seemed so cool. I couldn’t wait. So I had my life planned out.


Well, I’m 26 now. I didn’t study in like I thought I would. I didn’t meet the American or Canadian man of my dreams. I didn’t get married. I didn’t have the children. I don’t live in the big house with a white picket fence. I don’t have the large office with a view of the city.


Instead, I’m an English teacher at an Elementary School in – miles away from my family and friends in . The only children I have are the 1000 children I teach every week. I sit in an office that I share with my co-worker at a desk that is populated with English textbooks and phonics worksheets. I live in a studio apartment that’s big enough just for me. I have stairs leading to a landing where I sleep, watch TV or work at my desk. That’s where I spend most of my time when I’m at home.

I'll be 27 on my next birthday. According to my 'life plan', I should be married by now and possibly be pregnant with my first child. Am I freaking out? Surprisingly not.


My 10-year high school reunion is just over a year away. Also, according to my 'plan' – by the time I attend my high school reunion, I’d be a published novelist. I’d meet my classmates who would maybe also be married with children. We’d talk about the past and reminisce about our high school days.


Well, one thing that has happened is that many of my high school friends have gotten married. Some of them are parents. Some are even divorced. When I told this to a Korean friend recently, she asked me - "Are you jealous?"

Ummmm.... lemme think about that for a moment.

Hell to the no!

So many of my friends have told me that they are envious of my lifestyle. Why? Because I can come and go as I please... I can decided to go somewhere for the week-end or if I have a few days off work. Just like that. Because I can! They tell me it's a "bit more complicated" when you're in a relationship. Who am I to argue if I don't have experience?

On the other hand, some of my friends have someone to go home to at the end of the day. Also, they don't have to worry about where they're going to be on December 31 at 23:59. All these little things compensate for the "freedom" that I've been told I have.

So many people have told me, "You're so young" / "Enjoy your life" / "You'll meet the right guy when the time is right" blah blah bleh bleh ....

I guess what I'm trying to say is that ten years ago, I thought I'd be in a different place to where I am now.

Where I am now, I am not sure if I really want all those things I wanted back then. Do I want that house from Wisteria Lane? Do I want to be shopping for nappies or breastfeeding bras? Errrr....

*Actually* ... I want to be boarding planes flying to places I'd fantasized about, armed with my Canon DSLR strapped over my shoulder. I want to take photos of the dramatic cloud formations in the sky or sit on a river bank admiring the contrast of the blue sky and green grass - just like I did in Kuala Lumpur, Malaysia.

Thank you for your concern, but.. I'm not really "worried" I'm quite happy, thank you very much (zero sarcasm intended!)

Meanwhile, I will get on those planes and dash off to island getaways. Hell, I may even ride that gondola in Venice. Even if it IS just for one~!

i agree with everything you said and only i know about them hey.

well written. keep the spirit up!!!

wel sheetal may be i think u are actually missing to settle down, sorry if i am rude , but you see i write a lot as well and talk to a lot of people as well, im sorry if im rude , but hey thats just my opinion to hell with my opinion,...
if you like ur life, as it is u go girl....