Jozi (4) We Are Family - Bollywood film 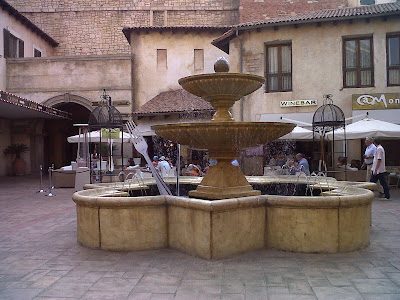 After lunch at Monte Casino, AK and I decide to watch a Bollywood film: We are Family starring Kajol, Arjun Rampal and Kareena Kapoor. The film was directed by Siddharth Malhotra and produced by Karan Johar. I feel pretty close to this film because last year I met a friend of Malhotra's in Seoul and he told me about the "exciting film that Siddharth was working on in Australia" at the time.

Throughout its production process, I was following tweets from the director and producer for articles I was writing. Reviews of the film warned that it would pull at heart strings and oh damn... did it?! The film is an adaption of the Hollywood movie, Stepmom.

After the film, we go out for drinks and then head home and turn in.
at September 30, 2010