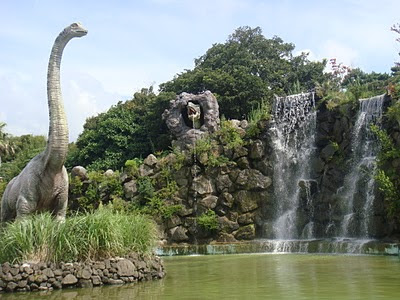 Since we arrived in Jeju, my brother had been bugging me for us to go to the Dinosaur Theme Park. I was really hesitant, but after spending the morning at the beach, I told him that we were going somewhere. He didn't know where we were headed, and after about 30 minutes did he realize where we were.
It was like walking through Jurassic Park! There was a cave that we had to walk through (there were speakers all over giving off noises of 'dinosaurs'). As I was about to walk in, a little child came out crying. I refused to go in and told my brother I'd wait outside for him! Well, it turns out I had to go through there to go to the other side. I was terrified and clutched his arm for dear life. I closed my eyes and ran through! I turned around to take a sneak peak and snapped a pic. 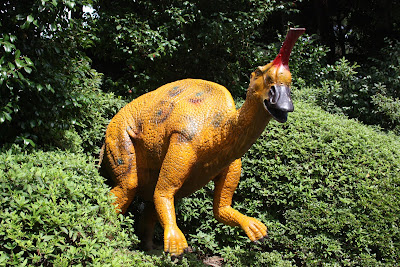 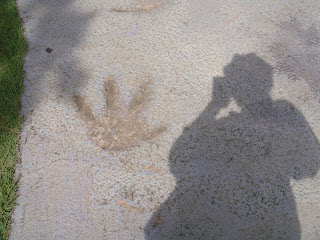