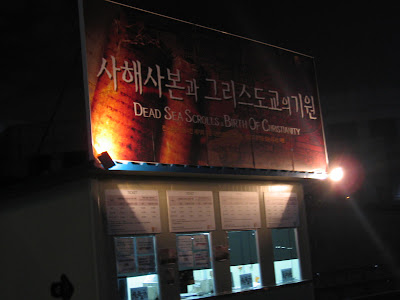 On Saturday, I went to the War Memorial of Korea to see the Dead Sea Scrolls display. They are said to be the most important archaeological find of the 20th century and consist of over 800 documents - some of which are complete and incomplete. The scrolls are mostly made of dried animal skins on which Hebrew & Greek texts were written The scrolls were discovered in caves along the shores of the Dead Sea between 1947 and 1956.

The scrolls are considered to be vitally important as they are apparently the oldest copies of the Bible. There are many other artifacts on display, including gold jewelry, coins and items used in temples that are believed to have been used during Jesus' period.

It was awesome seeing everything, except that all the captions & explanations were in Hangul. 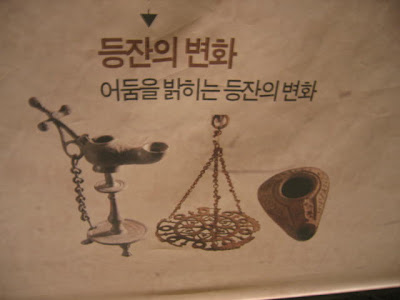