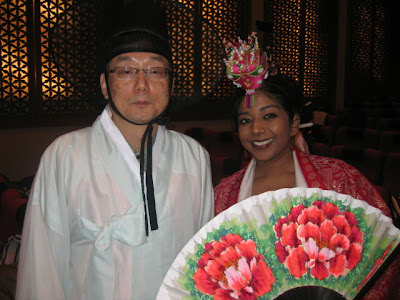 I was asked to write a guest article for a Korean magazine. I had to take part in traditional Korean dancing, where I wore the traditional Korean dress (hanbok) and head gear (jokduri)
The dance is known as Buchaechum and is a fan dance performed during shaman rites.

It was pretty cool and I learnt how to flick two fans open with one quick motion. Took a bit of practice, but I soon got there! The class was comprised mostly of Japanese tourists, so I didn't have the pressure of having to look like I knew exactly what I was doing all the time! There were plenty of giggles all around as it was the first time any of us had tried it. I felt a bit clumsy in the dress and felt like I was going to trip every few steps, but I just tried to look cool. Overall, I had fun ^^* 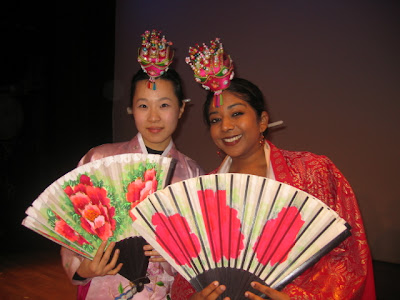 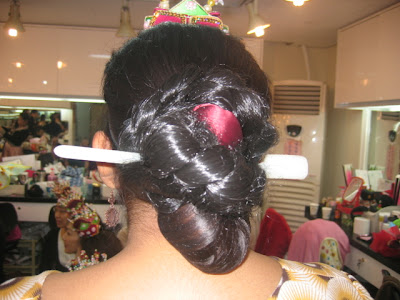