No one turns the water works on better than a child 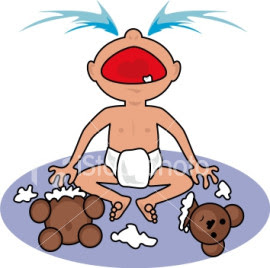 Today, in my last class of the day I caught one of my students playing one of the many electronic games they have here. I was about to confiscate it, but he quickly put it away. So I just gave him a warning.

Then, when I was giving instructions for an activity he wasn't listening so I took the game away from him.

One of the rules in my classes - when the teacher is talking, pay attention! And - I don't want anything non-English on the desks.

So I confiscated it from him and told him he'd get it back tomorrow. He pleaded with me, but I had to stand my ground because I'm usually very nice and soft towards my students and never punish them.

And then the waterworks started. Oh man! In a split second, the roles changed and he had authority over me, because he had tears in his eyes.

Maybe some teachers will say I shouldn't have given the game back to him, but I didn't want issues. What if he complained about me? I'm teaching alone and have no co-teacher to deal with the discipline of the children during the winter camp classes. And students know they'll be let off the hook with the foreign teacher!

But seriously, I constantly think of my days at school where things were run fairly strictly. If a teacher told me to move from one desk to another, there was no way in hell I'd refuse - unless I wanted a note sent to my parents or a one way ticket to the principals office. My students have guts to shake their heads at me when I ask them to do something.