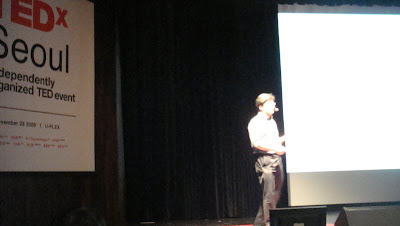 Jihoon Jeong is a medical engineer and futurist who believes that “expanding thoughts and sharing them with one another are ways of making this world a happier place to live.” Jeong says that human beings emit the energy that opens up a new future. It is so powerful that it will “speed up a new era of innovation.”


“What is social web?” Jeong asks. It is the connection of people. The social implementations of this kind of interaction results in things like “Twitter Parties” There was a “Twistval” that was held recently where people were able to make donations. This resulted in about $250,000 being donated to . This proves how social networking sites have positive aspects to them.