Mama Mia! (The Musical) - in Korean 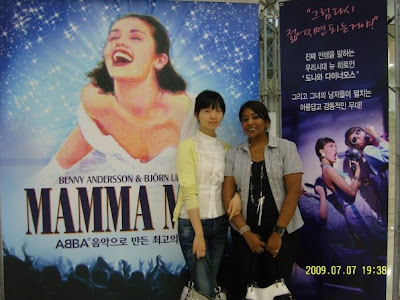 On Tuesday, July 7 2009 I went to see Mama Mia! (The Musical) I went with Joo-hyeon & Gi-han. We left after school, and trekked to Insa-dong. I had to stop there first to return some things I'd bought a few days before. We had something to eat at Subway, and took a cab to the theater. 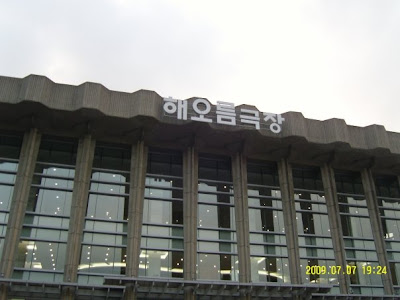 We had great seats. The show started with a medley of the show's songs. 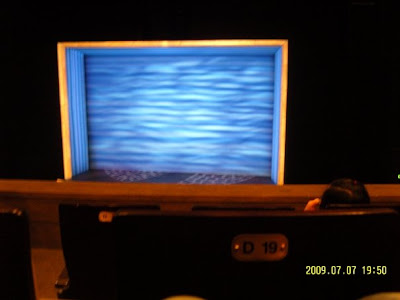 I haven't seen the English musical, just the movie - but the storyline was basically the same. Of course, the film was an adaption of the broadway musical. Joo-hyeon and I both agreed that the star of the show was the actress who played the role of Donna (played by Meryl Streep in the film). She was so charming and elegant and was arguably the best singer from the cast. 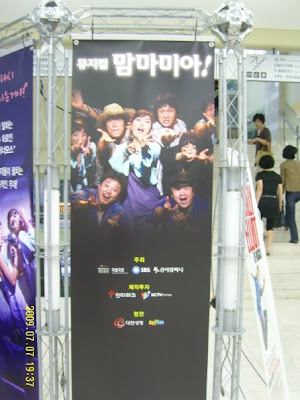 For me, the climax of the show was the track, "Voulez-Vous". Of course, I don't understand Korean fluently, but from what I do understand, the songs were a direct translation of the English versions. It was a bit amusing, however - to hear only Korean singing and then suddenly in the chorus, they'd break into English for some words like, "Honey, Honey", "Money, Money, Money", "Mama Mia!", "Chiquitita", "Super Trouper" and "Gimme, Gimme, Gimme" 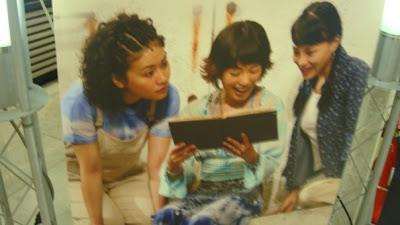 The actors were all fantastic - I think the audience appreciated a bit of skin-showing of Sky's character on the scene with him & Sophie on the beach. There were also a few saucy kissing scenes, which was surprising for a Korean version - who one assumes may be a bit conservative in that regard. 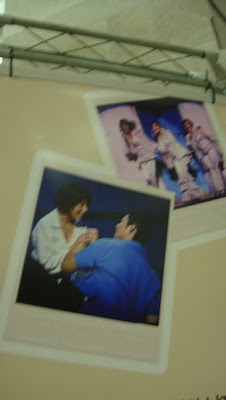 Scene from "Lay all your love on me"

The costumes were glitzy and tied in well with the racy tracks and awesome dancing. When the show was over, I left the theater feeling so fuelled up by the performance.
What an amazing show - I'm so pleased I can say that I've seen one of the most famous musicals (in Korean!) 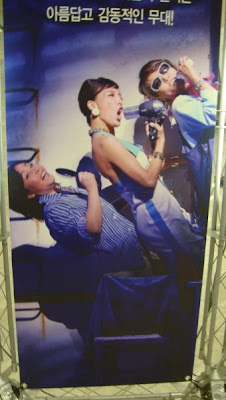