Friends pop in from Japan

Last week, I met 2 friends (Amy & Anne) who were in Korea for the weekend from Japan. Anne & I were at high school together, and Amy & I studied Journalism & Anthropology together. They've been in Japan for the past couple of years and I was really looking forward to their visit, as I hadn't seen them for about 3 years.
I missioned out to Seoul on Saturday afternoon and met Amy and some of her friends in Insa-dong. We had lunch together, and then the two of us went to Seoul Station where we were going to meet Anne - who had just arrived from Japan. The three of us spent a short time catching up at Dunkin' Donuts at Seoul Station. It was really good to see 'old' faces again :0)

Back in 2007, other friends from university who were living in Japan (Verge and Taryn) also came to Korea. We met and spent an afternoon together in Myeong-dong. How small the world has become that we can meet old friends virtually anywhere in the world! 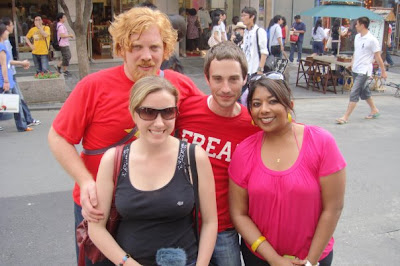 With Amy & some of her friends 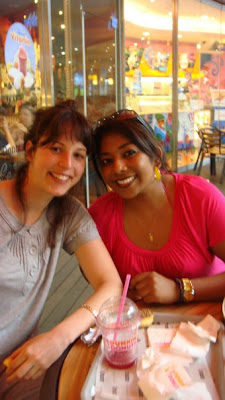 Aaaww, it's good to hang out with old buddies.