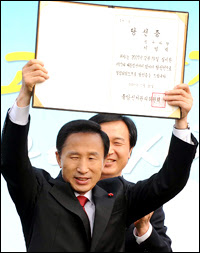 image courtesy of google images
While foreign teachers like myself enjoyed a day off from work, Korean's casted their votes in the presidential elections which were held today.

Lee Myung-bak won the election by receiving 50.3% of the votes and is the country's 17th president. Lee, a former Hyundai CEO and former Seoul mayor, was recently in the spotlight because of fraud allegations. Voter's apparently believe that the conservative Grand National Party will be able to revive South Korea's economy in the coming years.

Campaign posters were all over... 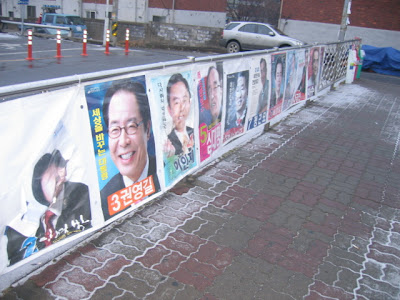 Campaign vans like these (this one was outside a subway station) were all over. They usually have loud speakers and have ladies doing choreographed dances - I'm not kidding! 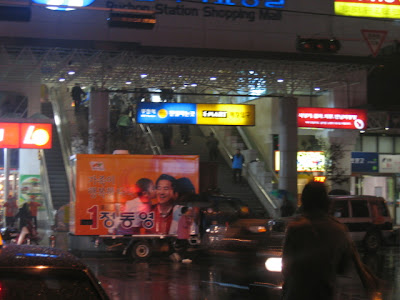