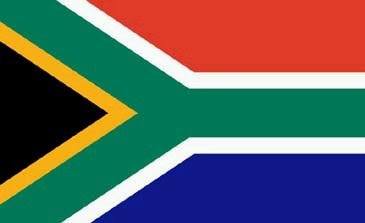 I received this in an e-mail today. Usually, I'd ignore it, but since it is about a South African girl in South Korea, it is worth being posted...

A young South African woman went to Seoul, South Korea early December to take up a teaching post. She decided that she wanted to return to South Africa.

Somewhere between resigning from her job and reaching the airport to catch her flight — she disappeared. Please see the information as supplied to me from the woman's mother:

Michelle went to work at the School of Learning, Berlitz, she arrived is Seoul on the 21st November she started working on the 22nd November.

She called me and said she was not coping with the teaching, I then had a email 07th December stating that she had resigned.

I then organised her a flight back to SA on Saturday the 8th - she never boarded the Airplane she was booked on Sinapore Airlines.

She was staying with a friend Miss Natasha Schultz also a South African. Natasha called and Michelle and said she was at the airport Michelle never returned to Natasha house we then located her at the Airport and she was there for over 20 hours.

Natasha boyfriend went to fetch and took her the Natasha home she stayed there for the Sunday and on awaking this morning Michelle has gone missing.

Michelle has left all her belongs including her Cell phone at Natasha home. She seems to have her passport on her.

Speaking to Michelle many time is in a total panic as when she resigned from the school she owed them +- R7000.00 all she wanted was to pay the school back.

We made arrangements with someone in Foreign exchange to deposit the money either into the school account or Natasha Schultz account, but as it was Sunday it could only be done this
morning.

Myself and husband feel that Michelle has had a total brake down as she has not been sleeping or eating for the past week.

We feel she need medical care until I can make arrangement to fly over to Seoul to fetch. (If she is found)

People who were in contact with Michelle are:- Jennifer Greene Hiring Manager Berlitz.
jennifer.greene@berlitz.co.kr

So I am pleading with you to find or help Natash Schultz to find my child.

I will be in contact with Rene Van Heerden at the SA Consular department of Foreign as soon as they open at 8.30 am this morning.

I will also get myself on a plane to come to Seoul and try to get a visa.

Thanking you in advance.

As far as I am aware police have opened a missing persons case and are looking for her. I will be following up the story from South Africa and would be happy to assist in any way I can. I know the girl in question personally and really would appreciate any attention you give to this story, even if it is a short nib with a photograph.

It would be greatly appreciated if you could respond to this email.