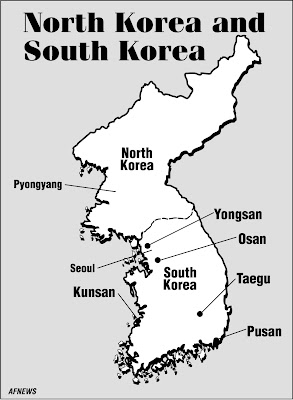 Korea is the only divided country in the world. The DMZ (Demilitarized Zone) is a piece of land that runs through the Korean Peninsula. It is also known as a "buffer zone" between the north & south. The DMZ cuts the peninsula in half and runs 248km long and is approximately 4km wide. It is also one of the most heavily armed borders in the world.

Yesterday, I went on the DMZ tour. I don't have many photo's - according to my co teachers, if we were caught snapping in restricted areas, we could be fined up to 5 million Won! Anyway, it was an awesome experience (just wish the weather was better). But here are some of the pics: 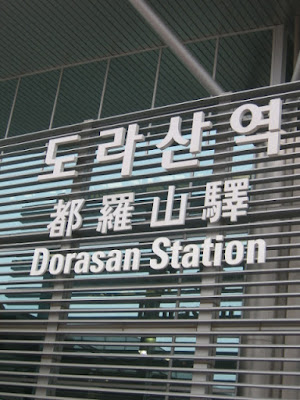 Dorasan Station is a railroad station which once joined North & South Korea.
It has recently been restored. 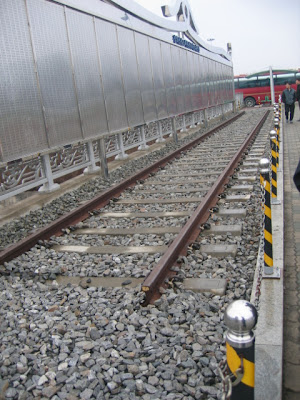 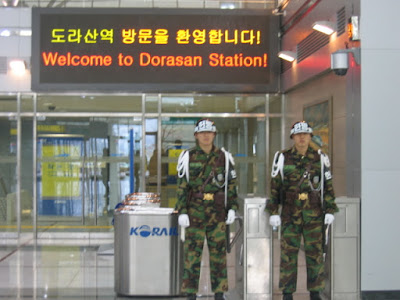 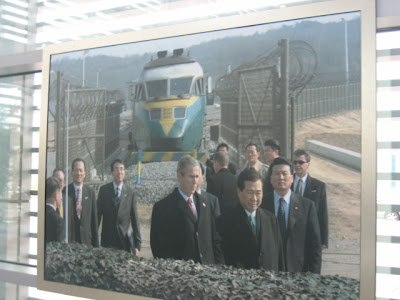 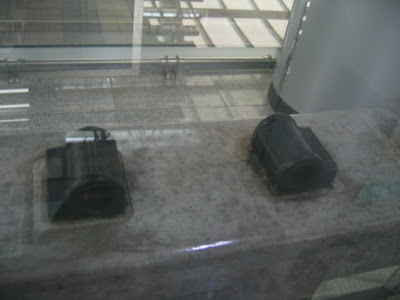 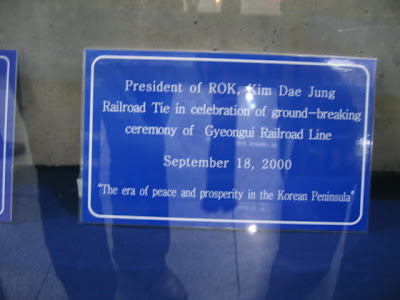 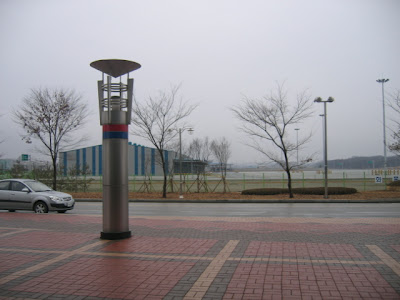 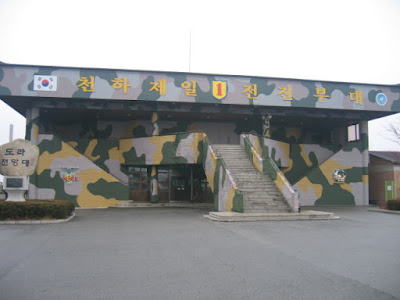 The Dorasan Observatory is situated on top of Mount Dora and looks across the DMZ. It's the closes part to the north. Visitors to the Observatory can watch a short video clip briefly explaining how the divide between the two Korea's actually came about. 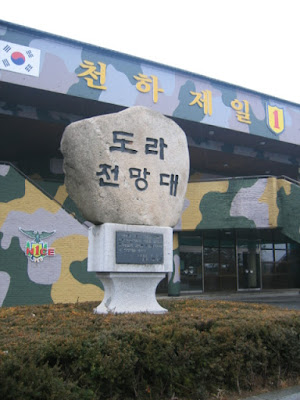 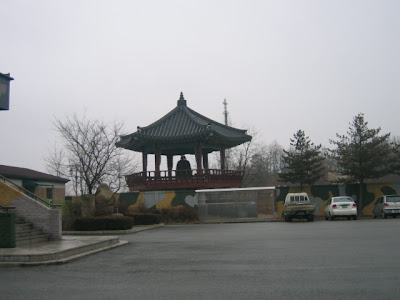 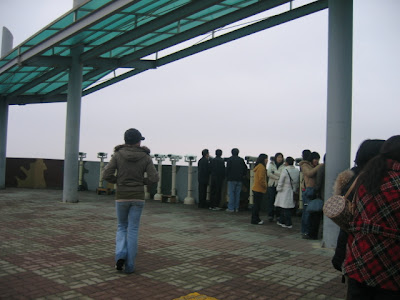 Visitors can take a peek through binoculars to see the North Korean propaganda village that is situated in the DMZ. 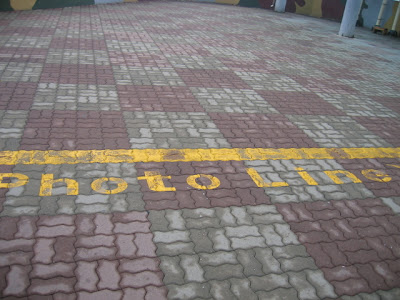 Photo's may not be taken further than this point. 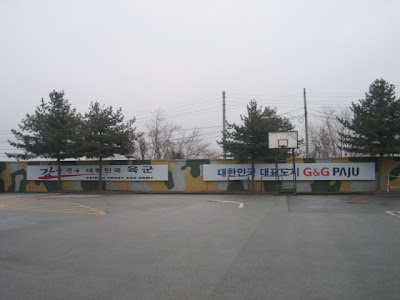 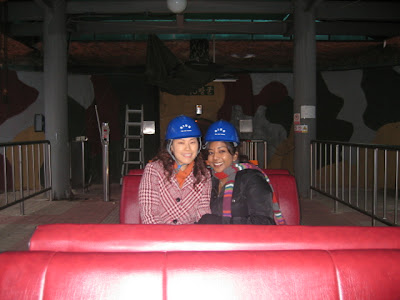 The Third Tunnel of Aggression is a tunnel under the border between North & South Korea. It runs only 44km from Seoul and was discovered in October 1978. It is a mere 2m high and wide and runs for over 70m below ground. It is said that the tunnel was designed for a surprise attack on Seoul from North Korea and can accommodate a number of soldiers with their weaponry.

The name, "Tunnel of Aggression" was coined by the south who regarded the tunnel as an act of aggression. North Korea denied this accusation and claimed that it was part of a coal mine. After having said this, black coal was painted on the walls to backup their statement.

The 3rd Tunnel is now a popular tourist attraction. Visitors sit on the seats (as seen on the left hand side of this pic) which descends into the tunnel. After about 5 minutes, we got to walk through the tunnel for a few meters, giving us a better idea of who soldiers moved through it, tightly, yet swiftly. 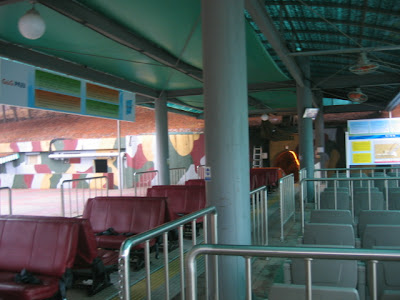 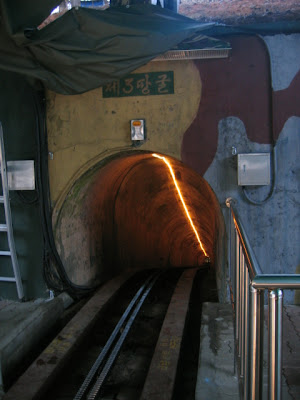 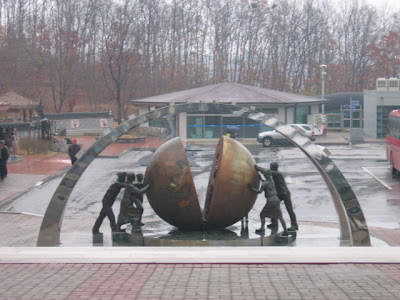 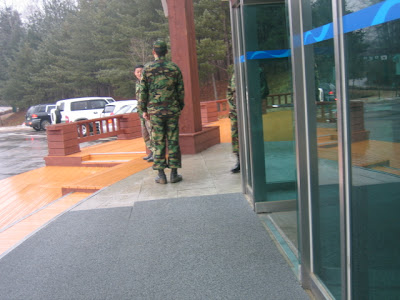 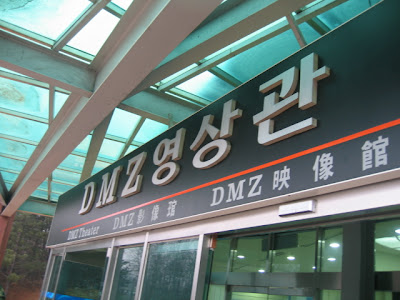 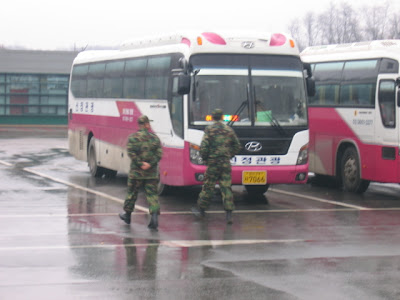 From the souvenir shop: 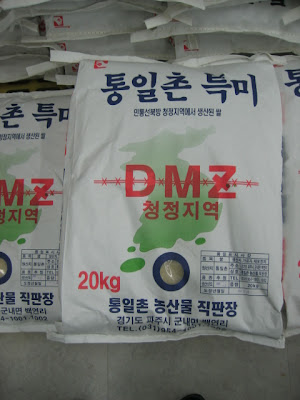 What a fascinating look at this area, I didn't know this much about it! I see your journalistic expertise poking through!