I want to fly away from this nothingness that is G'town

I am feeling down. Mostly because I don't want to be in Grahamstown this week-end. I honestly think that this town (village, rather) is closing in on me.

I don't mean to whine like a little kid, because I know that hundreds (thousands?) of people before me have lived here...and survived.

But right now, I'm just going through one of those patches where I feel like I need to get out of here for a while...even a day. 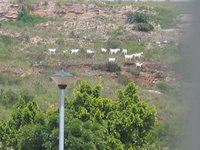 I've never been a small town kinda girl. Don't get me wrong, it's not like I come from a big city, but still - I need to see concrete buildings. I don't want to turn to my right and see an open veld with mountain goats grazing in the distance. Enough with the mountain goats, already! (that's them on the rigt, by the way) 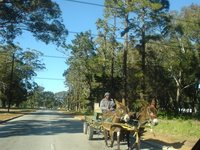 ....and of course, the donkeys

Today I vowed that I will never stay in a town that doesn't have an airport. Reason for this being that today, I had the opportunity of going to Durban (6pm flight), but how to get from G'town to EL...?

There were no buses, and no one I knew that was going through at that time. So - I'm stuck here. I should have taken a donkey!

I have work to do this week-end, but I felt like being spontaneous today.

What a damn pity that I couldn't be spontaneous when there isn't an airport around :(

Hmmmm...imagine if I had my own helicopter?! 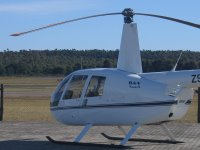 Imagine if I could fly my very own aircraft....? 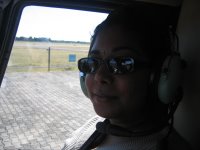 I know what you saying sheetsi. I am also tired of this place - its beautiful and all, but 4 years are enough. Cant wait to move to the big city next year and start working on my career. Wanna fly away too :)

Luv Mich
Ps thanks for the help with my blog

Thanks for sharing my pain, Michelle! I'm having a quiet evening - working on my History essay now, hope to finish soon!

I look forward to reading your blog!
Love,
Sheets

OH MY HAT.... ^^^ oh so sentimental. DID YOU SAY U CLDA COME TO DURBS?? oh sheets i wldve stolen you for a glass of wine and a long chat! dammit man. Screw those freaky donkeys and goats....get your ass here!
Nice pics!

Jay - We will get to have our wine and chat soon (cross fingers)...I really miss you.

I agree. I'm in Grahamstown at the moment and I can't wait to get out of here!! Even if it means working. This small town can really be suffocating!! And if you get an aircraft, hook a sista up.