"Nothing but a Womanizer!" - Britney Spears

The other day as I was channel-surfing, the TYRA Show had just started. The topic was: WOMANIZER. Initially, I wasn't going to watch it, but after hearing the preview I decided to stay tuned.

When I looked for a definition of WOMANIZER online, I got these results:
Britney Spears' song, Womanizer goes something like this: (Taken from AZ Lyrics)
Superstar
Where you from, hows it going?
I know you
Gotta clue, what you're doing?
You can play brand new to all the other chicks out here
But I know what you are, what you are, baby

Look at you
Gettin more than just re-up
Baby, you
Got all the puppets with their strings up
Faking like a good one, but I call 'em like I see 'em
I know what you are, what you are, baby

Daddy-O
You got the swagger of champion
Too bad for you
You just cant find the right companion
I guess when you have one too many, makes it hard
It could be easy, who you are
That's just who you are, baby

So Tyra had a few men on her show who were "womanizers" Her first guest was Achmat, and he said that he didn't like the label, but instead is a ladies man. He has a girlfriend, who found out about his other affairs, but is still with him because she loves him. He, on the other hand says that saying "I love you" is too serious for him and he can't bring himself to say it. I won't lie. The brother's damn fine. But there's something cheesy about his looks. He walks with a smooth swagger and seems to be very confident about himself. Definitely a turn-off if you ask me. OH! And he's been with up to 7 women in one day. At the same time. They were all sisters. Tyra's second guest was Shawn Valentino - (His name isn't Indian, but he sure looks Indian!) I was most interested in this particular guest. He travels the world and uploads photos of girls he's been with on his MySpace page. When asked how he meets them, he said either online, clubbing or while travelling. He quickly tried to defend himself saying that he really is a good guy and chirped, "I call my mum everyday!" Tyra asked him, "Do you tell your mum to go to your MySpace page and see what you've been up to?!"

If you didn't know all this about him, he definitely looks like someone you'd take home to meet your parents. Above all, he's educated - he's an attorney!

He says that he always has his camera with him, and he just goes up to girls and asks them to pose for a picture with him.... so that he can show his mum he's not gay (Ohmygod!)

About his MySpace page, he says that it's just a fun advertisement of his lifestyle. He also says that he's always upfront with women and makes sure they know that he's not interested in being in a serious relationship. 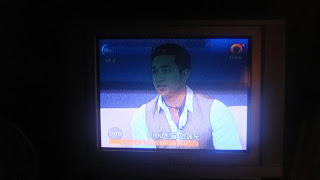 Shawn invited the TYRA Show cameras out on a night prowl. It showed him in a bar trying to hit on ladies. Get this - he even has a "business card" !!!

On one side, it reads:
"The One Man Revolution"
Make all your fantasies come true 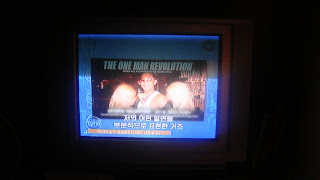 On the flip side, it reads:
"Learn to Live the Dream"
Attorney
Author
Model
Self-help Guru
Relationship Expert
Massage Expert 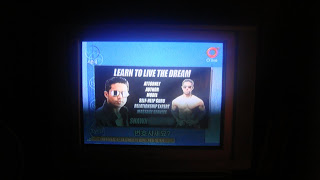 Shawn isn't always lucky - he gets rejected as well, but goes on to saying,
"Some of the funnest times I've had are with girls who said they weren't interested in me." 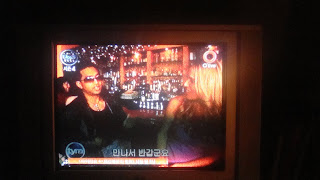 Take a look at Tyra's face! She says to Shawn,
"You're just a male slut!" 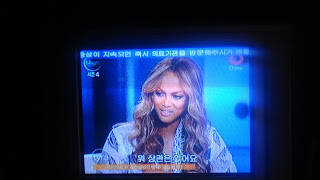 The third guest was Dick (Pun unintended?!). Just by looking at him, he looks creepy. He says that he has no problem leading women on or with faking commitment.

"A guy isn't interested in talking to you or hearing about your dog. He wants to get into your pants." 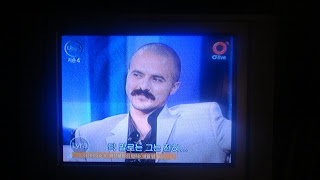 "Men treat you the way you allow them to treat you," said one of Achmat's flings. She said that she has nothing against him and has only love for him (even though he *has* a girlfriend)

Does Achmat want to get married? "I don't rule it out," he says.

And then he cheekily says to the women in the audience,

"The best cheater is the guy who has you convinced."

So Tyra went on to ask, "So marriage is not biological for a man?" Achmat's comeback was, "Men who are cool with their mums have a better outlook on marriage."

Before Tyra pointed it out, I noticed this. Look at Achmat sitting on the couch with his arms around both women. The one on his right is his current girlfriend. 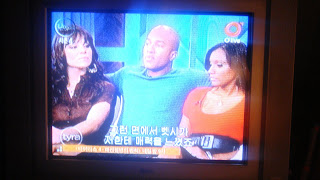 Tyra brought up something interesting - could these womanizers be "mama's boys?" Probably 'cause their mama always treated them as though they couldn't do anything wrong, so why not ... right?

The other guest on the show was Matt Titus, a born-again-Womanizer. He's also the author of "Why hasn't he called? - How guys really think and get the right one interested in you"

Matt was once married and spoke about how he almost lost his life in an accident when he was on his way to his mistress's house. He woke up in a hospital and had to beg the doctors/nurses to call his girlfriend to tell her *not* to come as his wife was going to be there. Messed up sh*t, right?!
at September 06, 2009

I believe a working relationship is is a 2 sided object, me(you) and them. These guys well probably come off short at the end of the day when everyone goes back home to a support system and they can go party? Although i am sure there are many woman out there who also like these guys don't want anything more than a good time and some fun.

Well now I know why you always carry your camera with you. You look up to Shawn. Nice piece Sheetal.
Lindile