Love for the second time 'round 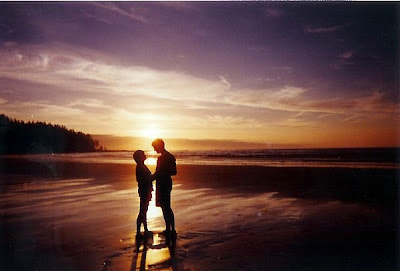 So in continuation from my previous post about my friend, Kim (Boob jobs, nose jobs, eyelid jobs - Korean women battle for eternal youth)

In true Hollywood style, Kim found romance over the summer holiday. I was so curious about who was making my friend blush.

But a quick background on my friend - Kim is a 40-something divorcee with three sons. Like most Koreans, she's an incredibly hard worker. But she loves having fun. She's one of the most generous people I know, and she holds a very special place in my heart. Kim was the first person I met in Korea and took me as her own family. And two years later, she'll still come knocking on my door when I'm sick... bringing food, milk and fruit for me.

We've had so many conversations about all kinds of things - one of our "trending topics" always seem to be about MEN! Kim's been hurt in previous relationships, and she has told me about what it's like being a divorcee in Korean society. I'm told that they're almost treated like an outcast. I'm one of very few people who know about her breakup.

Kim's told me that she's weary of getting into a relationship, for fear of being hurt again. (Isn't this all our grief?) I always wished she'd meet someone amazing because she really is a good person. And often when we're talking over dinner she'd say to me, "I really wish you meet a good man because you deserve it." And I feel exactly the same way for her.

She invested years, energy and love into her marriage and after it failed, she's raised three very fine boys - alone.

So I guess my prayers and wishes were answered over the summer holiday. While I was in SA, my friend was being romanced and swept off her (always pedicured and nail-arted?!) feet :)

To cut a long story short, he is a few years younger than Kim. He's a businessman. She went on to say "He really understands me...because...he's also divorced."

This was very surprising to me. It is *very* rare to hear about divorced Koreans - especially if they're in their 30's or 40's.

Talking to Kim, you may even think that she's lived abroad because she's so open-minded and willing to try new things. I love her for that. And she's one person I can always turn to when I need a shoulder to cry on or to share good news with.

"I told him that if he changes his mind about me, please... he must tell me," said Kim. IF ONLY MEN WOULD DO THIS.... AND NOT LEAVE WOMEN HANGING WITH UNANSWERED QUESTIONS!

She seems to be happy. He sounds kind, considerate, understanding and loving. The rest... I guess that will all follow in due time. But for now, my friend is happy. And therefore, I'm happy for her. I don't know what direction or speed their relationship will take - but whatever happens, I'll be there for her, just like I'm positive she'll be there for me.
at September 05, 2009

well done kim. ive heard and read so much about you. im so happy for you. good luck with everything.