When kids drive me... KraZie

On Thursday & Friday last week, it was as if there was something in the air... all my classes (including the little ones in Kindergarten) were just uncontrollable! Why they feel the need to scream at each other, hit & kick each other is simply beyond me

Nearly half the time of all my lessons were trying to get them to just CALM DOWN. My co-teacher (Joo-Hyun) and I decided to punish them. I was happy to just keep them after class for a while, but...I have come to learn that when Korean teachers punish students - they really mean it!

The kids had to sit like this until the teacher was satisfied with them and let a few of them leave and go back to their homeroom classes. 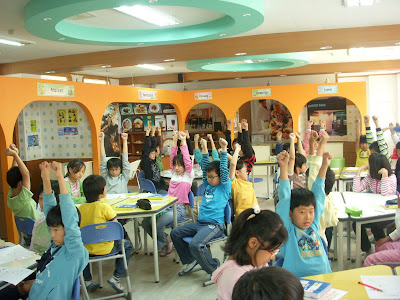 This little one doesn't look happy! 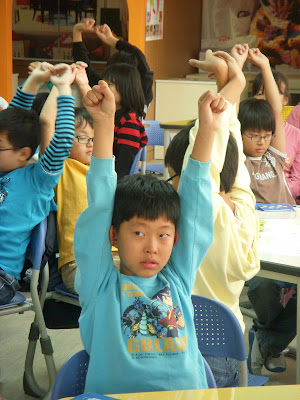 This is Kim Yong-In. I taught him in 4th Grade last year. My co-teacher & I had to take turns standing behind him with our hands on his shoulder. If I wasn't looking, he'd want to take his shoe off and throw it at someone - just for the hell of it! Or he suddenly grab a pencil, turn around and scribble on the desk behind him. 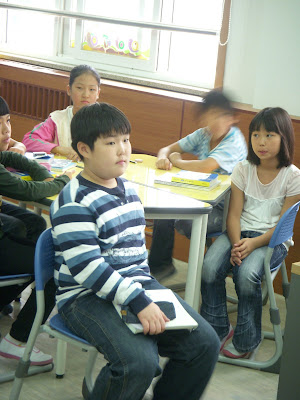