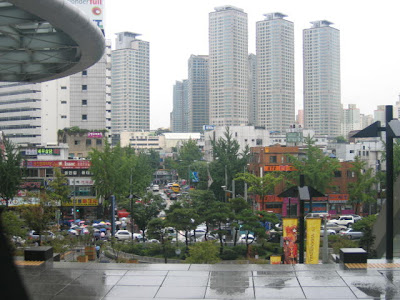 On Saturday, Rachel's friend (Yang) came to Siheung to see me and I went back to Seoul with him. Unfortunately it was raining, but I didn't let that dampen my spirits. We met Dimitri @ Seoul Station, afterwhich we went to Yangsan (I think that's the name). It's an electronic store with over5 floors of any kind of electronic device imagineable. I was in awe and the little voices in my head kept telling me.... "keep walking, don't turn around and look - DON'T BUY ANYTHING!" 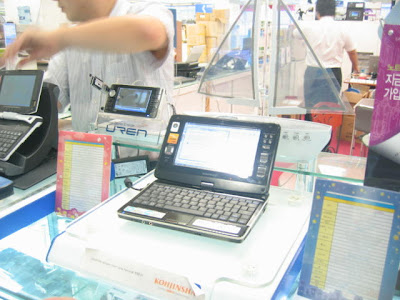 I hope this will be my next purchase real soon!

Within 5 seconds of walking into the store, I was greeted by about 3 salespeople behind the counter. I though they were super friendly, until Dimitri told me to just don't look at them. If you make eye contact with a salesperson, you can be rest assured that you will leave his counter having bought something. 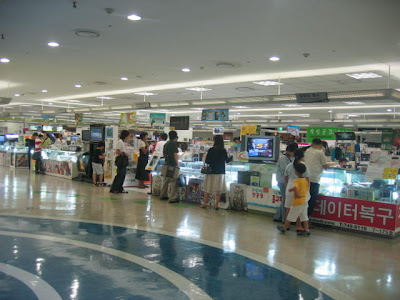 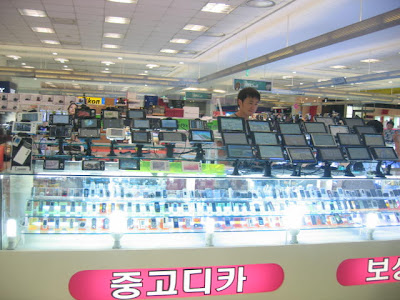 We walked around for nearly half an hour trying to find a decent place to eat, and we finally settled for Lotteria. The only veg option that I had was a rice burger... the "bread roll" was rice and the patty was fried kimchi - actually very tasty! 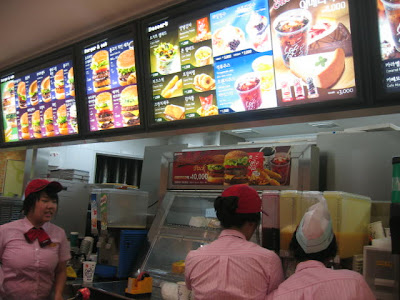 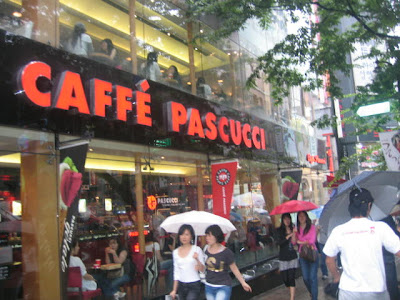 After lunch we walked around and chilled out at Caffee Pacucci. This is Dimitri, me & Yang: 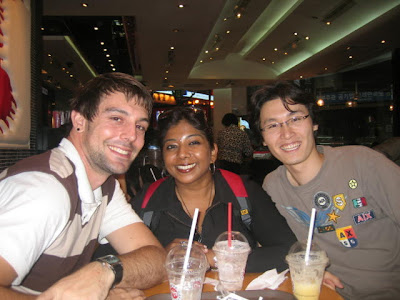 It's simply incredible the way nearly every person walks around with some kind of electronic gadget. If people aren't sleeping on the subway, they're either listening to music or watching TV - from their cellphones.... Check this out: 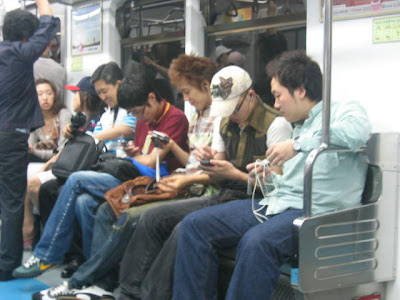 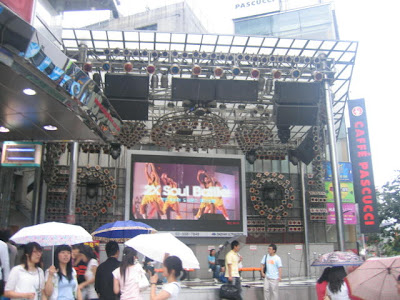 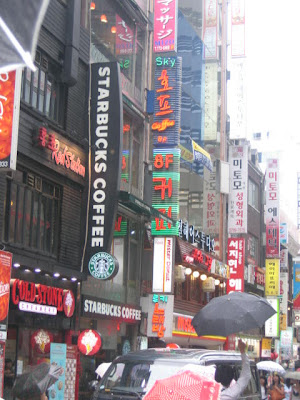