It's hip, it's happening...it's Hongdae! 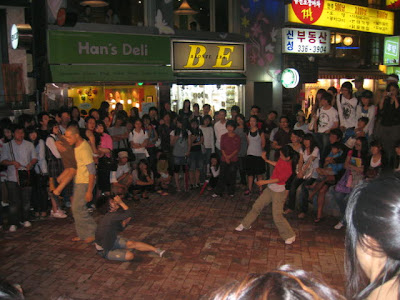 There's an area in Seoul called Hongdae which has an electric kind of energy to it. And it seems like the people there just don't sleep! The pic above is some kind of dancing..

Then Dimitri, Yang and I met Rachel and Huey...it was so amazing, cause Rache & I haven't seen each other in almost 7 years I think! The guy on the left was just a random guy walking past who wanted to be in our pic - but hey, we didn't complain ;) ...and that's Dimitri & Rachel on the right.. 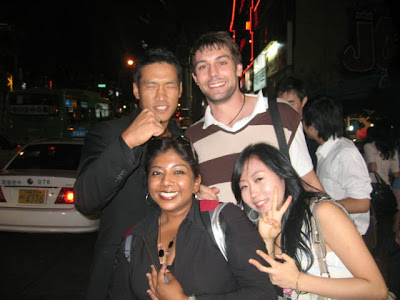 We went to a norie bang (singing room) ...basically karaoke room. We had so much fun... this particular norie bang was really cool... with free ice cream, chips & beer. 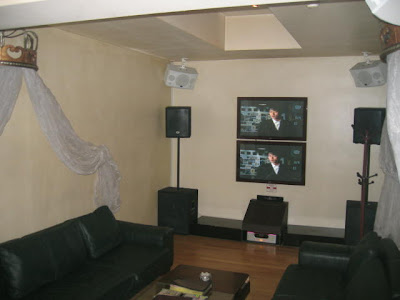 .....Then Rayeong joined us (Rachel's sister) who I last saw when we were in matric. It was like an amazing blast from the past seeing the Chung sister's... 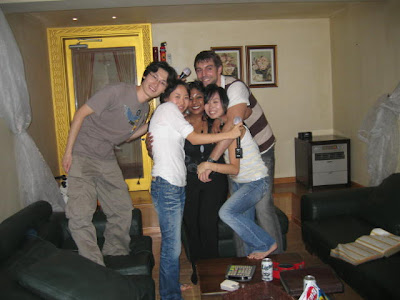 Hongdae is loads of fun with food and entertainment places GALORE!!! 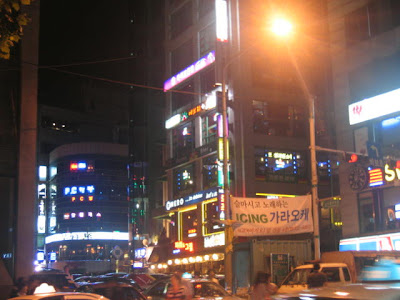 We decided to go to a club, and on our way there there was an Indian guy who stood in the middle of the road with his arms wide open as we approached him. He wanted to greet me (probably got excited seeing another Indian) I didn't panic though - I just said that it was nice meeting him, but sorry cause we had to be moving on.... Anyways, we landed up at this club called M2. 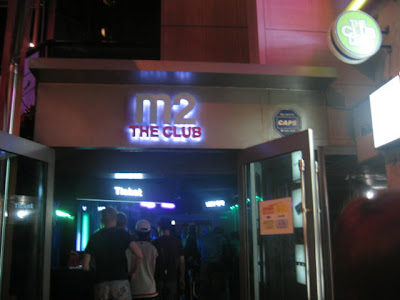 It is from this club (M2) that I was crowned the Diva Deity (by Dimitri). There were some well-known DJ's playing that night... I don't know how well-known they really were cause I didn't know them. Every time I wanted to take pics, the bouncers came to reprimand me, so I just left it... which is a real pity 'cause I don't know if people will believe me when I say that I went crazy! I danced with a bunch of (I presume) students, and after about an hour, I found myself on an elevated platform facing hundreds of people on the dancefloor! People were cheering me and waving at me, and coming up to me to give them a high 5. Needless to say, we had loads of fun...! 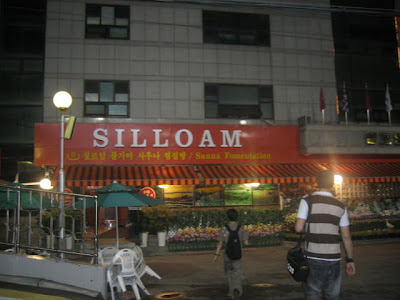 Around 3am, Dimitri, Yang and I went to a Tzimjilbang. This is like a 24 hour spa. You "check in", and are issued a clean pair of shorts & a t-shirt. Guys & girls have separate bathrooms/locker rooms... You get given a towel and you can do basically anything here... from visiting the sauna, steam room, go for a mud bath, have a massage, have your nails or hair done...anything! Then if you want, you can just stay over as there are sleeping rooms. 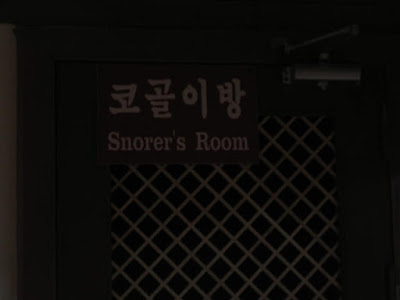 In the morning, you can have a shower... have a treatment done, or have breakfast... 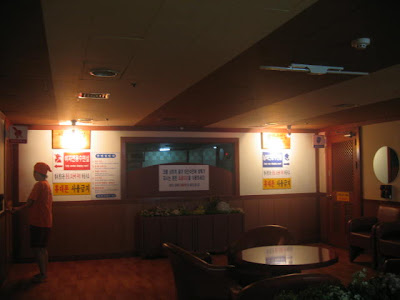