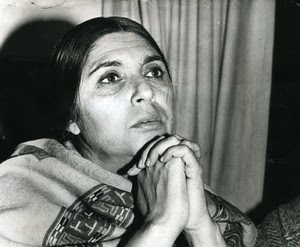 Meer, who would have turned 82 in August, died in St Augustine's Hospital in Durban on Friday afternoon after suffering a stroke two weeks ago.

Meer, a Durban-based sociologist, was married to Ismail Meer, who died in 2000.

Achmat Dangor, chief executive of the Nelson Mandela Foundation, said: "Prof Meer, who has been a close friend of Mr Mandela and his family for more than 60 years, was an academic and a stalwart of the struggle against apartheid."

He said Meer, whom Madiba affectionately called Fatimaben (meaning sister Fatima), published Higher than Hope, an early biography of Mandela while he was still in prison.
"In the latter years of his imprisonment, she sent him drafts of her manuscript for correction. After interest was expressed in a film version of the book, she suggested to Mr Mandela that he be played by Sydney Poitier, to which he agreed, in a letter to her in 1989, adding, however, that he was not sure that the American actor would accept the offer."

Dangor said Meer visited Mandela at his home in Johannesburg in October last year.
"He recently sent her a letter wishing her well after another health setback."

Ramesh Harcharan, who worked closely with Meer at the Institute of Black Research, a research institution, publishing house and educational and welfare non-governmental organisation she founded in 1972, said their association spanned 25 years.

"She lived to serve the needs of the poor, and everything she did, she did with passion, zest, sincerity and energy that belied the conditions that afflicted her."

Aziz Pahad, former deputy foreign minister, said Meer's death was a loss not only to the Congress movement, but to the South African people as a whole.

"Fatima and Ismail were close family friends. I knew them from very young, through my youth, and when I returned from exile, I maintained some contact with Ismail and Fatima. I learnt very much from them, not only as older friends, but as political mentors," said Pahad.

Author and fellow struggle veteran Phyllis Naidoo said she and Meer were scheduled to speak at the literary festival Time of the Writer in Durban this week.

"We spent a long time in the struggle together. The end comes to all of us, sadly. Fatima has left a wonderful heritage for everyone to emulate. She was a wonderful example to young people," said Naidoo.

Sociologist and political activist Ashwin Desai said Meer's death was a "great tragedy".
He said he hoped Meer would be remembered for what she had done post-1994.
He said the great thing about her was that, post-1994, she had the capacity and the political integrity to be open in her criticism of the path the ANC was taking.

"She was not someone who, because she belonged to this organisation and gave her life to it, would hesitate in making valid criticism of the movement.

"But, most importantly, she played such a significant part in raising the issues of the very poorest people in Chatsworth and putting that in the public domain," said Desai.

Family friend and movie mogul AB Moosa said: "It is obviously a very sad time not only for people who knew her, but for South Africa as a whole and the world. And I think, speaking from a younger person's perspective, the legacy that she has left behind is something that will be timeless and live on forever."

AV Mahammed, a Juma Musjid trustee and long-time friend of Meer, said: "South Africa has lost a great daughter, the poor have lost a mother and the destitute have lost a mother as well. This lady, who was an icon and legend, fought for the underprivileged and for the upliftment of the community.

"The freedom South Africa enjoys was partly due to her and her husband as well," he said.
Struggle veteran Mewa Ramgobind said he had known Meer for over 50 years.

"As an individual, she was headstrong and, when committed to a view, unrelenting. There were many times when we disagreed with her, but you couldn't distance yourself from her," he said.

"I was writing a book about her and we were just talking about the various events in her life. I asked her if she looked in the mirror today, how would she describe herself, and she answered simply, 'I look at myself and see a contented grandmother,'" he said.
Meer, the daughter of Moosa Meer, editor of Indian Views, and Rachel, an orphan of mixed Jewish-Portuguese descent who took the Muslim name Amina, was born in Grey Street in 1928.

In 1946 she joined the passive resistance campaign against apartheid, establishing the Student Passive Resistance Committee. That marked the beginning of a life-long career focused on opposing apartheid and racial discrimination.