A few months ago I wrote about someone I "met" in 2002 and who I lost communication with. I never forgot about him and longed to talk to him again because I never met anyone after him who I could talk to the way I did with him. Five years later, I plucked up the courage to e-mail him. To my delightful surprise, he replied and we re-ignited our friendship.

We both agreed it was easy to talk to each other and it certainly didn't feel like almost a decade had passed by without us talking. It was just free-flowing about anything and everything.

After a while, the same thing happened as before. The e-mails just stopped and he stopped logging on. This time round, it wasn't as bad because I'd already told him everything I'd wanted to before and for me, that was the closure I really needed.

A few months later, his name started popping up on my Facebook home screen as a "Friend Suggestion". This was uncanny because we had no mutual friends and the email I used to email him was different to the one I used to log in on FB. This continued for a while. But I ignored it and it stopped for a couple of months. 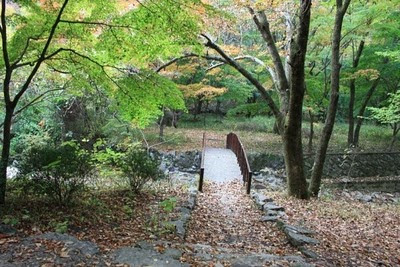 About two weeks ago, his name started showing again. Why?
It was like Facebook was trying to tease me in a very cruel way.

Just when I thought I was forgetting about him, his name popped up every time I logged in. No matter how many times I clicked the X in the top right corner or refreshed the page, there it was: as  a "Friend Suggestion".

Friend Suggestion. Why not?

For a few days I thought about emailing him again. Remember - there was no bad blood between us. No harsh words exchanged ... just that our friendship diluted into nothingness.

Last Friday when I got back from the movies, the more I thought about it, the more irritated I became.

I was tired of playing games - mind games. I was wrecking my brain with the "Should I? Shouldn't I?" What the hell? We all want things in life - relationships / promotions / opportunities, but we're too afraid to ask for them. Or are we shy? Or... are we afraid that the consequences wouldn't be in our favour?

Whatever the case, I was becoming mentally drained.

I typed out a pretty decent friendly email to him. It took me over an hour to write. It was only about 5 sentences, but I backspaced, retyped, deleted and retyped.

With squinted eyes, I hit SEND. Within seconds, the message was delivered to his Inbox waiting to be read.

It's been a week. No reply. The grace period is over. I've already made excuses like, "It's not his work email, maybe he hasn't checked yet....blah blah blah". No more.

Then I thought back to 2008 after the first e-mail I sent him after the long gap of communication.

It was lunch time for me and we were chatting online. The conversation turned to my e-mailing him after so many years. We were always honest with each other (at least I know I was) He told me that when he saw my e-mail, he wanted to delete it without reading it. I had to rush to teach a class so we couldn't continue the chat. I asked him to write what he was about to say in an email.  This is what he said:

I know that it was wrong of me to want to hit the delete key.  That would have been the easy way out of the situation. Just pretend that I never got it and move on with my hectic life. But then I thought to myself there is nothing wrong in just being friends and sending the casual email back and fourth as a friend. To be honest with you, if I was to delete the email I would have been guilty for a while. My life was hectic for a while and I didn't know what you wanted from me. Plus, if I was to reply would that just open another can of whop ass on myself.  Also could my brain take another shot to the head. I know that I owed it to you plus more for what I put you thru .  When you said that you needed a response to your email and that you were looking for one. That is when I decided to email you.

My reply was long. I told him everything I'd wanted to tell him in the years gone by, but I didn't have the opportunity to.  Part of what I said was:

Firstly, you thought ... why am I emailing you? What do I want? You simply have to know I never and don't want anything from you.

He said it himself - "But then I thought to myself there is nothing wrong in just being friends and sending the casual email back and fourth as a friend."


Another twist in the story is that I know he was seriously involved with someone - around the time he stopped talking to me.


In our first few e-mails in 2008 I remember asking him to please tell me if he meets someone and if he doesn't want to continue talking to me. But - seriously, what's the matter in just being friends?

If he didn't want to just be friends, I asked him to please tell me and not just stop talking and replying my e-mails.

So apparently, the answer to the age-old question "Can a man and woman just be friends?" is N-O.

And you're wrong. Some of my best friends are women. Well, most actually!

Thanks for reading :-)
x

So 1, I'm thrilled to peek into your life through your blog! I'm excited about keeping up with it. :-) 2, I'm sorry this happened. It stinks when the world can't just go with the flow and take things as they are, with full disclosure and honesty. 3, I think it's possible for men and women to just be friends, but both parties have to be willing and able to participate. It's never felt like work when it was right. (Actually, now that I type that last line, it can apply to many things, including romantic relationships.)

Kudos to you for being honest. Really, that's all we can control -- what we do.