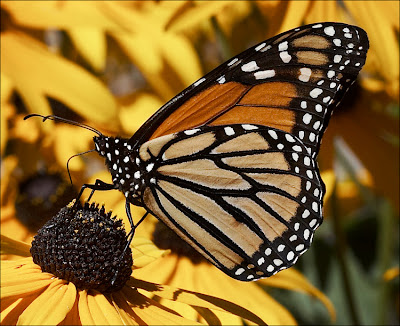 There's an episode in FRIENDS, just before Monica & Chandler get married where Joey feels disorientated and uncomfortable that so many things are changing within their friends circle.

Change is good, and I'm all for it. I think we can all learn and grow from new experiences. But at the moment I'm feeling like I've been thrown in the deep end ~ and I don't know how to swim.

I've been here since the end of August last year. I left my home, family and friends and trekked to the other side of the world to start a new life in a new country. Some will vouch for me that the first few days of arriving were extremely difficult. I had to come to terms that I was in an environment that wasn't English-speaking and that I had to either "fight" or "flight"

Six months later, it's evident that I chose to fight. I feel like I'm at the happiest point of my life and I'm doing things that I always dreamed of.

But I wouldn't have been so settled if it weren't for certain people who made the transition so smooth and easy for me. Within the first two weeks of my being here, they became my new family.

As we begin the new academic year at my school I am deeply saddened because the very people who I hold so close to my heart will no longer be at my school.

I'm really feeling very sad about this. Unlike other foreign teachers I know, my co-teachers are more than just that ...they became my big sisters, mother's and friends. Most of my day would be spent with them...and I grew extremely fond of them.

During January, when I ran my English winter camp at school for 4 weeks, I missed my co-teachers terribly and I couldn't wait for regular school to begin again.

I wish I wasn't the type of person to become attached to people as I do, but these things just happen...I'll take it as part of life and growing up.
at February 19, 2008

Generic Viagra (sildenafil citrate; brand names include: Aphrodil / Edegra / Erasmo / Penegra / Revatio / Supra / Zwagra) is an effective treatment for erectile dysfunction regardless of the cause or duration of the problem or the age of the patient.
Sildenafil Citrate is the active ingredient used to treat erectile dysfunction (impotence) in men. It can help men who have erectile dysfunction get and sustain an erection when they are sexually excited.
Generic Viagra is manufactured in accordance with World Health Organization standards and guidelines (WHO-GMP). Also you can find on our sites.
Generic Viagra is made with thorough reverse engineering for the sildenafil citrate molecule - a totally different process of making sildenafil and its reaction. That is why it takes effect in 15 minutes compared to other drugs which take 30-40 minutes to take effect.
[b][/b]
Even in the most sexually liberated and self-satisfied of nations, many people still yearn to burn more, to feel ready for bedding no matter what the clock says and to desire their partner of 23 years as much as they did when their love was brand new.
The market is saturated with books on how to revive a flagging libido or spice up monotonous sex, and sex therapists say “lack of desire” is one of the most common complaints they hear from patients, particularly women.