When Angelina and I got to my apartment after school, my furniture was being delivered - closet, dressing table etc...

Then I went to the immigration office with Angelina....to sort out my ID card.

There were 3 Indian men (they were from Pakistan). I know this cause I snuck a peak at their forms. Oh man, the way they stared at me... but I can understand, I mean - there aren't THAT many Indians here in Korea... and you don't just see them walking around.

Then I went to Mr Kim's home (Mr Kim works in the admin office). Mr Kim, his wife and their two little children have really taken me as their own. When I explained to his wife that I needed to buy a few things, she gave me things from her own cupboards - from trash bags to hangers to loo paper. 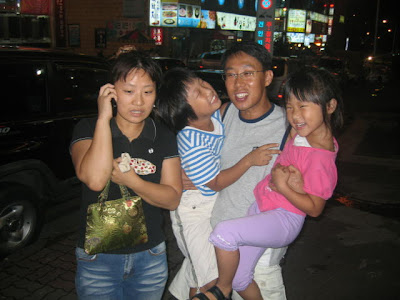 In this pic, Mr Kim's wife is speaking to Rachel - who is telling her that I need to buy bottled water from GS MART!!!

Mr Kim (in his realllly broken English) said we'd go to GS MART. I couldn't understand a word that was being said. Also, earlier in the day, I got my cellphone - so I called my lifeline (Rachel in Seoul), who spoke to Mr Kim's wife and who translated for me. 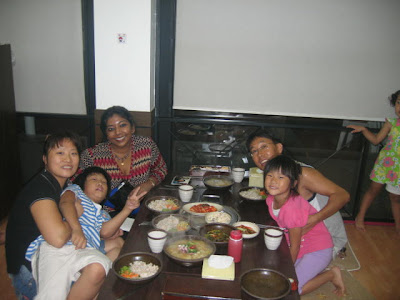 I had a traditional Korean meal with Mr Kim and his family... I had bi-bim-bap (think that's how it's spelt...) 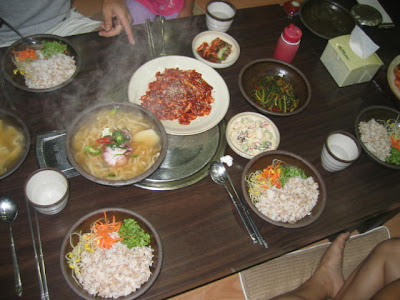 So what are the Pakistan "forms" and how do you recognize them?