Here is my October column - hope you enjoy and I look forward to reading your comments on it :)
What's in a name? I would say a lot... 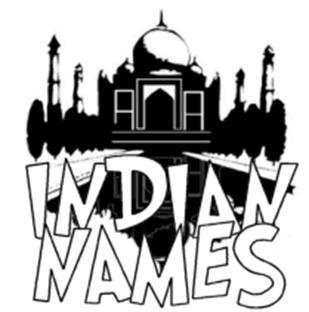 It’s no longer Aishwarya – it’s Ash. And it’s no longer Sushmita – it’s Sush. It’s not Kamala, it’s “K”. And it’s not Barvant, it’s Barry.
This has been bugging me for quite some time now, and this month I’m going to vent about it. What is up with the anglicizing of our Indian names? In other words, why are our Indian names being shortened and abbreviated by non-Indians…just because they can’t make the effort to pronounce it?
We call Jennifer, Jennifer – not “Jen” or “Jenni”, unless of course it’s an accepted nickname by that person. And we call Daylen just that. Not “Dee” or “Day”.
So – just because some Indian names are a bit “difficult to pronounce” is it correct that a new version be given? Of course not! I can’t begin to tell you how many times my name has been mispronounced. For goodness sakes, you say it the way it’s spelt – Sheetal. Shee-till. Some versions of my name include Sheetaaarl. I even remember hearing Shantal once. But – most of my friends have given up and now resort to calling me Sheets. It’s become so common that most people, even my family calls me that too. I suppose it’s shorter than Sheetal and doesn’t require much effort.
My brother, Darmesh, has had a couple of variations of his name. At school, he was known as Daaarm-esh or Daaarm. It stuck so much that sometimes I find myself calling him that too. But now, his friends have resorted to calling him by his DJ name, “Damage” Even my parents’ names have been so anglicized over the years by family friends that it’s actually laughable!
So is it effort to say Kalapana? Of course! That’s why they’d rather say Kay or Kal. And Sameer becomes Sam. It’s like when you’re talking about Sameer to someone, they have no idea who you’re talking about.

But say Sam, and everyone knows who he is! For all I care, Sam can be short for Samantha!
This is all I’m saying: We say Sebastian and Priscilla. So why can’t we say Urmila, without getting our tongues twisted around it?
I’m not saying that nicknames are wrong. They’re endearing. But what grates on my nerves is when people shorten Indian names for pure convenience.
But even Indian people are anglicizing their own names for convenience. Harish may change his name to Harry. After all, when dealing in business, he can save the time when he introduces himself to people and they say, “Can you repeat that?” If “Harish” stays, I bet it will become Hareeeesh.
My friend, Nethan is South African-born, now living in . Pronounced “Knee-than”, he says people he only meets once call him Nathan (Nay-thin) and he can’t be bothered to correct them. To his friends he’s known as “Neth”. Of course there are other variations which are reserved for family and close friends. He’s gotten so used to this that he says he answers to anything these days.
And then there’s my friend Asmita. Asmita – what a lovely name. Pity people don’t appreciate its beauty, because she has become “As-meeee-taah”. It’s the same thing with another friend of mine, Shakeela, whose name has been converted to “Sha-keeee-lah”. I have even heard of a baby’s parents wanting to call him Rohan, but changed the spelling to “Rohern”, just so that people don’t get into the habit of calling him “Ro-han”
When people can’t pronounce my name or don’t even make an effort, I just find it a sign of disrespect. Of course, this is my opinion which I am entitled to it. Readers, I’m interested to know if you go through the same thing. Is your name anglicized by non-Indian speakers too?
at October 02, 2006

Email ThisBlogThis!Share to TwitterShare to FacebookShare to Pinterest
Labels: chatterbox

Very interesting post. I have to admit I'm guilty of calling Aishwarya "Ash" sometimes, but it's not because I can't spell her full name, I just like to use it as a nickname (the same with Abhi, AB and similar for my dear FPMBF). I will say however that it can be quite difficult for non-Indians to spell or pronounce Indian names/words correctly. Well, actually it can be difficult to get any foreign word right, if you can't speak that language, but of course you should give it your best shot. I agree with you that it's disrespectful to not even try and I find it quite sad that Indians prefer to use English abbreviations or versions of their names to avoid the pronunciation problems. Since coming to the UK a couple of weeks ago, I've had the same problem with my name - so far, only 2 people got it right on first try! Everyone keeps pronouncing it "major" when they see it written down, but the J is actually pronounced Y, so "Maya".

My name's pronounced differently throughout India itself so the whole pronounciation thing doesn't bother me. Ash seems easier than Aishwarya... probably would have been Aaishu without western influence. I've found that the people I've met in the US are very careful about pronouncing foriegn names correctly. They try really hard to get it right, so I try to extend the same courtesy to everyone although it's a losing battle with most Chinese names because of the whole tone thing.

Hey sheets. Thanks for your comments. I'm fine thanks. Going live today with our first Grocott's Xtra multimedia story. Will post a link as soon as it is live. How are u?

MAJA - If you hadn't told me, I would never have guessed that the J in your name was pronounced like a Y!

MOSILAGER - Interesting point about your name's pronounciation being different in various parts of India. I bet you have a lot of nicknames, too?!

ALEX - Just left a message on your blog

only "dumbass" and such :) no actually I don't have any nicknames at all. Somebody tried "RJ" once but it didn't catch on, much to my relief.

An absolutely thoughtful and evocative post, this time around, Sheetal!! I feel that u have delivered a tight slap where it has been long due - I am not so much concerned abt non-indian speakers anglizising Indian names, coz they might not be too familiar with all the nuances in pronunciation. But I find it really irritating when Indian speakers churn up shorties in place of wonderful names and generally make a mess of things.

But then, I guess theres no reason to complain. To each his own, as they say...

MOSILAGER:
I'm also glad that "RJ" didn't catch on! You have such a nice name, and don't think it should be reduced to anything else.

VELU:
Thanks for your comment! And I can only, but agree with you.

awwww... thanks, will make sure to tell my parents!

Jason= Jase= Jas= J= Jaars= Jaybo... these are some of the names I'm called here at uni. I don't mind, in fact it's cool because when my friends use my full name I know I'm in trouble :) I hate the fact that people cant pronounce my surname properly. It's Von Berg, like "on" but with a V in front... and there's no H at the end of Berg. Eish the names people can come up with... So I can pronounce your full name Ms, but my question is do you mind if I call you Sheets???

Jase, It's so good to hear from you! I call you Jase (seldom Jason)! And no...I certainly don't mind you calling me "Sheets" I have been called that since Primary School, and I see that even some lecturers here have called me that!

The fact that people call me Sheets (like you), I take it as a way of endearment and not because you just don't know how to pronounce my name.

By the way...did you know that my FULL name is: Giselle Charita-Sheetal Makhan?!

Big hugs to you, Jase xox

I find they (white people :) generally get the emphasis wrong with our names and african names. There is the tendency to flatten A's too which is endlessly annoying (think Ver -RASH- ni... why would my parents give me a name that had the word rash in it?)Yes, I think people must make the effort to learn so-called 'ethnic' names- we (i.e. 'non-whites')have done so for years. I mean, think about the name Penelope- it's a pretty weird name! Yet we've had to learn to pronounce it. They can do the same now.

Yip, I imagine your name to be tricky for some people to pronounce. Great thought about the English name,
"Penelope". If pronounced the way it's spelt, then surely it would be "Pen-er-loap"

Thanks for visiting, Verashni! Hope to see you again!

How about the non abbreviated names, i.e. the ‘western replacement’: “…Hi I'm, Ranjit but you can call me Steve...”

Did you know that the surname Moodley is actually derived from Moodliar and Moodaly and Mudley…. Naidoo as it sounds is also Naidu. Govender, Gounder, the root word being Kavunda or Gowda

The reason for all this is? The western alphabet just doesn’t cater for it!

Surely it should be the most advanced representation of communication? Is it or is it not?

Perhaps we should all change back to Sanskrit where all syllables inscribed as they were meant to be pronounced.

That's it! I've thought of this many times…

To think it’s even caused an estrangement or rift from our heritage. Families drifting apart and re-diversifying.

And yes there is diversity! In human nature we have a never ending need to individualise and differentiate. Our desire to acquire independence and portray a pride to differ.

But what is the cause of this? Instead our differences are from the mere misspelling of our previous oppressive western governments.

The WORLD Over, has caused Naidoos being proud not to be Naidus and Moodleys not wanting to be Moodliar, when they’re respectively one in the same.

Heck in my family, my dad’s brother’s surname is Gounder and one is Govender, with us being Gounden. Each preferring "THEIR" surname over ours when they should all be fulfilled to be the same, after all its one family!

- The intention to misspell for the sake of western pronunciation

- The intentional adoption of a new name with the intention of western culture embracing it.

- The western alphabet - does it cater for other languages

- The western Translation - 3 surnames: One family.

The bigger picture - What’s in a name? We’re all individuals, but we all have a need to belong.

Where do you come from? I leave you with that.

Wow - thanks for your excellent comment! I agree with you 100%..it all boils down to individuality.
These days, the anglicization of Indian names are just for pure convenience - as I mentioned in the article itself.

Perhaps your points mentioned here calls for a follow up?!