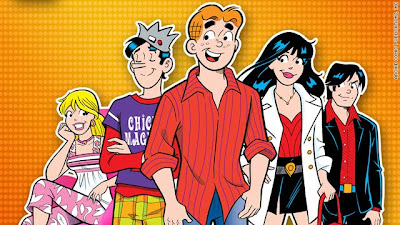 Last week, Archie Comics announced that Riverdale High is getting its first openly gay character - Kevin Keller.  Apparently, the "strapping blond" will beat Jughead in a burger eating contest, when Veronica falls for him. According to the Archie Comics website, "Mayhem and hilarity ensue as Kevin desperately attempts to let Veronica down easy and her flirtations only become increasingly persistent."

"The introduction of Kevin is just about keeping the world of Archie Comics current and inclusive. Archie's hometown of Riverdale has always been a safe world for everyone. It just makes sense to have an openly gay character in Archie comic books." -Jon Goldwater, Archie Comics co-CEO 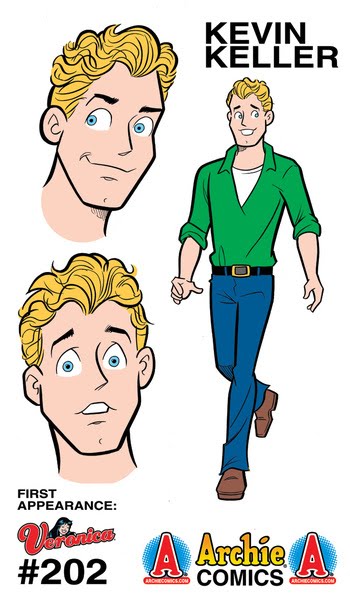 Veronica #202 will feature the full-issue story, "Isn't it Bromantic" that introduces Kevin.
Here's a sneak peak at what's to come in the issue: 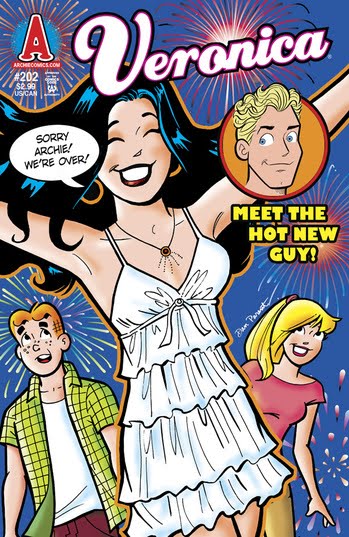 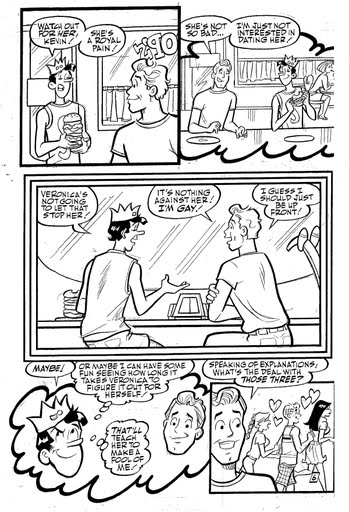