After my night out on Friday, I only got back to my hotel at 3am. When I arrived, I asked reception for a wake-up call. I told the receptionist that I needed to be up early for the bus to Kuala Lumpur (KL). She said I looked really tired, so she said she'd give me TWO wake up calls :-)

I checked out by 8am and went to another hotel (Concorde) where the bus to KL was leaving from. It was about a 5 hour drive... After a few hours, we stopped at this rest stop for snacks etc.... 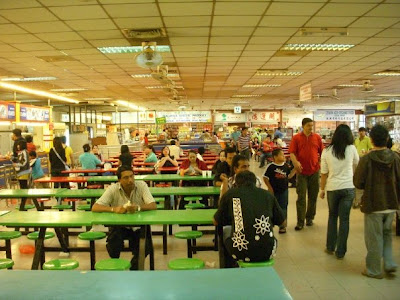 All you see on the road from Singapore to KL are palm trees! 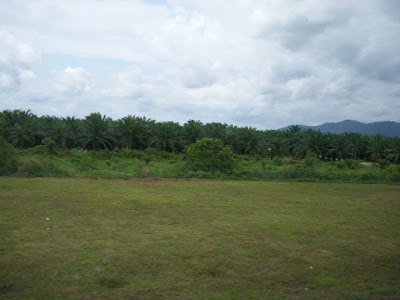 So the bus dropped us off at Hotel Istana. Note: I arrived in KL with no return ticket back to Singapore, no Ringgits (Malay currency)... and no accommodation! But I wasn't phased....

I thought I'd get a room at Istana, but they were fully booked. I got a cab, and asked the driver (Roy) to first take me to a money changer. Needed to convert my Singapore Dollars to Ringgits. Then I needed to make a call to book a ticket back to Singapore. Roy let me use his cellphone. 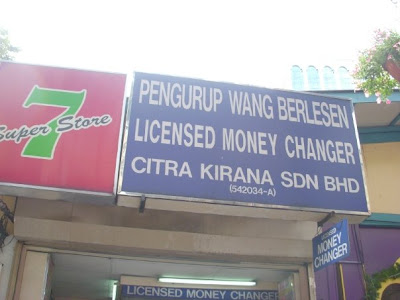 After changing my currency, Roy took me to another hotel (Grand International) to collect my ticket back to Singapore for Monday afternoon. I was VERY lucky to get this ticket, because it was back to school week-end and it was nearly fully booked. But I had to get back to Singapore on Monday for flight back to Korea on Tuesday morning!

So after I got my currency changed and my ticket back to Singapore, I had to find a place to sleep. Roy took me to three different hotels... and went inside with me to see if they had a room. Everyone was fully booked! He then took me to an inn, told me to wait in the car while he went in to check for me. They had a room!~ It was hot... I was tired...and it was beginning to rain, so I settled for it. It was quite central. After checking in and going up to my room...I was not impressed. The room smelled and looked like a cheap motel that you see in the movies.

However, the manager kindly charged my iPod touch for me, and ... I was getting free wi-fi in the lobby! This was the room: 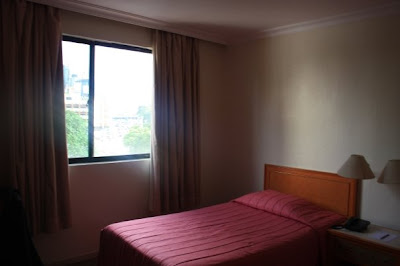 As tired as I was, I didn't want to sleep on that bed. I went wondering around the area... taking photos and just walking around. This is a typical road sign in KL. Roads are called "Jalan" (Jln) and is said before the actual name. 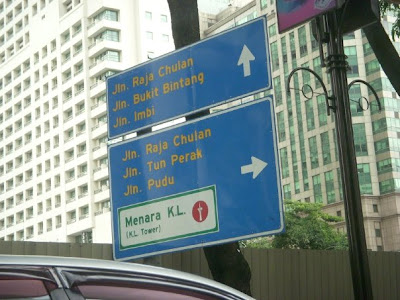 I don't care much for malls - I think... you see one mall, you've seen 'em all. But I went to Suria Mall in the City Centre (right next to the twin towers). There were name brands EVERYWHERE. 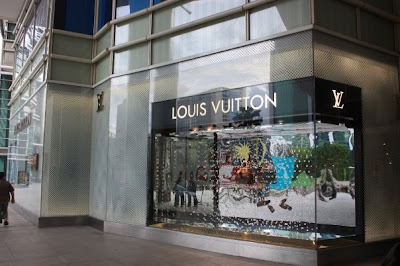 And there were people EVERYWHERE! I was approached by a man who said he was from Paris, but doing business in Malaysia. He wanted to talk to me, but I pretended like I was in a hurry. I saw him again in a few minutes and he then asked for my email address, to which I obviously replied - "No!" I've noticed there are a few men like these....

The typical story is: They're originally from Angola, but grew up in Paris and they travel the world doing business. And they want to talk to ladies... and exchange email addresses for 'friendship'. Luckily, I don't fall for this ^^ 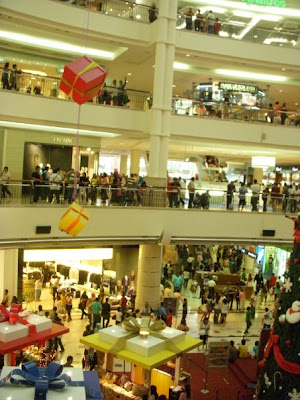 By 7:30pm I was really tired, so I went to a Dunkin Donuts and hung out there ~ just people watching. An hour later, I needed sleep but couldn't stand the thought of going back to the Inn. It just creeped me out. In fact, even looking at the pics now... it gives me the creeps. 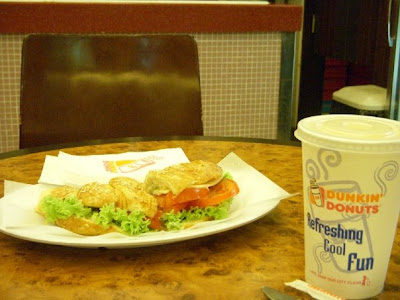 Around 8:30pm, I left Suria Mall and waited for a cab. That's when I met Muru, a cab driver originally from Chennai. I told him that I wanted to find a new hotel. When I told him where I was staying, he said that I look like a very nice girl from a nice family and that the Inn was NOT the place for me. He said he'd take me to a few hotels till I found one that I liked. He took me to Radius International and even came inside with me! I was in luck... they had a room. I checked in, Muru took me back to the Inn where I checked out (still had to pay for the night) and movd in to Radius Intl. 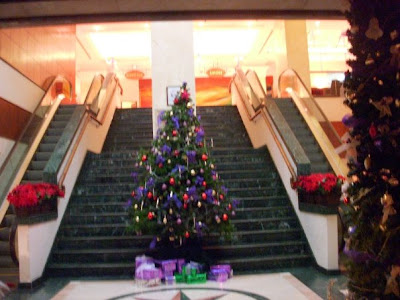 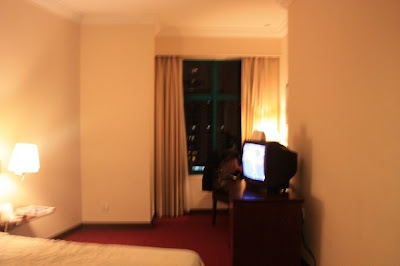 That night, I spoke to my mum on the phone... ordered room service and thought I'd watch some TV. When I looked at the TV guide - there was some documentary that was going to play called something like "Hotel Mysteries". As old as I am, I'm a big baby... and I was not in the mood for anything remotely scary. So... I turned off the lights, put on my music and went to sleep! ~
at January 08, 2009