On Friday, I was kinda free. The previous day, I met a mother & daughter from America who was on the same city tour as me. They happened to be at the Starbucks next to my hotel on Friday morning, so they called me up and I joined them. They were really fun to talk to... went with them to Marks & Spencers and to my absolute delight... I saw Christmas Mince Pies! 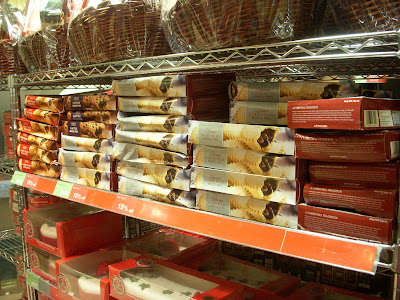 I went back to Little India in the afternoon ... walked around, took photos and had lunch. But it was far too hot so I headed back to my hotel. Took a nap and then got ready to meet up with a couple of South African's who my cousin in SA introduced me to. It was just by chance that my cousin's friend was going to be in Singapore visiting his girlfriend the same time that I was going to be there. I had a cool time with them. We had dinner and then went to a bar that had live music....

Alicia, her friend Denise, me & Chenille 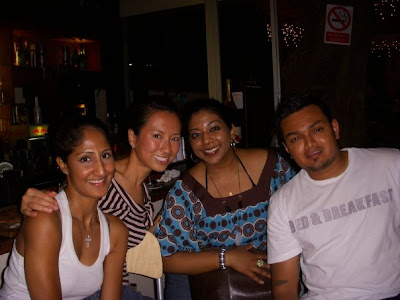 I had my Singapore Sling!
This is a cocktail that was created for the Long Bar in Raffles Hotel. 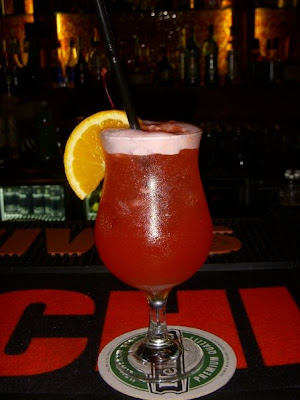 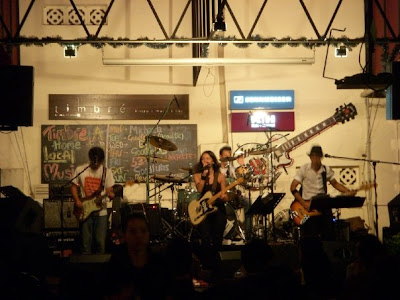 We got a free pizza with our bottle of wine... it was deee-vine! 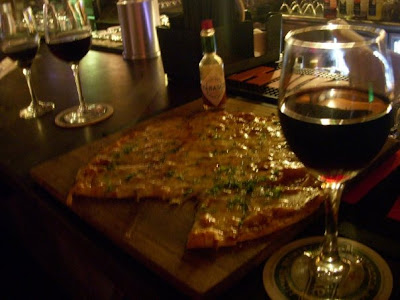 We were going to go to a club called Butter Factory, but it was too full 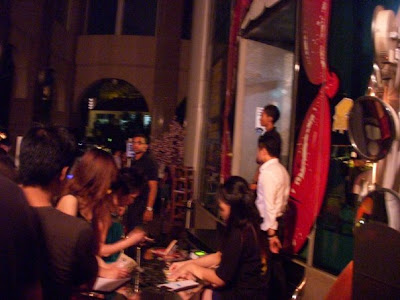